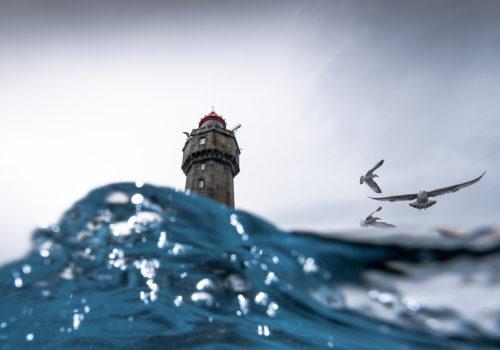 In the end of 2022, Ewan Lebourdais signs his fifth art book dedicated to boats and the sea. Retracing nearly seven years of shooting, “Carènes, Acte II” is a collection of more than a hundred photographs part of eight universes, which are logically linked in the chroma and the unfolding of the aesthetics of the images.

This new work in “beautiful book” format is the first that the Breton artist has signed with the title of Official Painter of the Navy, which he was awarded in September 2021.

Fascinated by the maritime universe in all its forms, Ewan Lebourdais has immortalized in his viewfinder a wide range of images of the sea, from the mythical Hermione frigate to the acrobatic figures of Breton windsurfers, passing by the “mastodons” of the French Navy. , like the aircraft carrier Charles de Gaulle and the nuclear submarines of Île Longue.

Through this new opus printed in France under the expert presses of Escourbiac (winning printer of the Cadrat d’or), Ewan gives to see his singular vision of boats and hulls, carried by luminous texts by Christophe Agnus, and a preface signed by Jean-Louis Etienne.

“It is rare to find the right name for a submarine. Here, even the sea, with a kind of recoil, seems to approve of those who chose “Le Terrible” for this nearly 13,000 ton steel monster. Take a good look at its shape, its deep black and the foam staining it with white, this massif rising proud and straight, the water which seems to both embrace its armored skin and flee before its power like an act of allegiance. Does this remind you of anything? You don’t recognize another king of the oceans, supreme predator of all the seas of the globe, who appeared 11 million years ago? It could, however, be a perfect name for a ship destined to live below the surface: the killer whale. The other power ruling the Sea.”