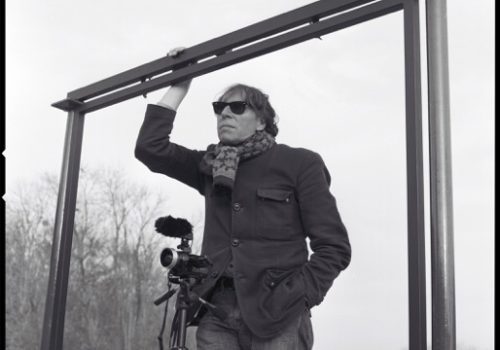 The news is sudden and the memories jostle with each other to stem the flow of tears. Because, with a mixture of magnanimity and protection, he didn’t want us to know that he was gravely ill, that we would risk seeing him deteriorate, he said nothing. It was like his discretion, the loyalty of his friendship, – you only bring good to your friends – , his way of never imposing himself, he who knew more than anyone how to receive. To exchange, share, words or a little champagne, lights or projects, landscapes or faces.

Memories of the Libé years and some publications, memories of the VU’ years where we would distribute flexibly part of his archive and we had it shown, too late, in the gallery. Memories of hangings in New York, opposite the Met and at Central Park, also of the showing at the Grand Palais. Memories of the hanging at the Historial de la Grande Guerre in Péronne. Memories of walks in “his” lands, those of the first global slaughter, to which he devoted so many hours, so many steps, so much walking, so many books. Memories of books, and rightly so, because for him they were the essentials.

At the same time, he was a great reader, of a rare curiosity and culture, an unbeatable inventor of quotes that for years became a dialogue with his images; and a maker of books, which he preferred to albums. There were writers involved in his books, out of necessity.

The last big thing would have been this exhibition at the MEP, accompanied, obviously, by a book, that lets the landscapes breathe, that invites us to share the rapport with the faces of the writers and artists. And this book has a magic title, “I put the world on the table”.

Sarajevo during the siege but to photograph the life that continued every day; the circus in New York, where the flash showed the shape of the materials, the search for appearance and a form of elegance, all at the same time; the Marne as a guide; the exploration of museums for so many years. And the portraits, and the landscapes, always and again.

I don’t want to make an inventory but the memories are there. They’ll stay there, just like the images, just like the books. After having written some lines, I begin to realise that the loss is immense. Immense. Full stop.

Christian Caujolle has worked as director of photography at the newspaper Liberation, created the agency VU’, teaches at the Ecole Nationale Supérieure Louis Lumière, in Paris, and is a respected writer and independent curator.