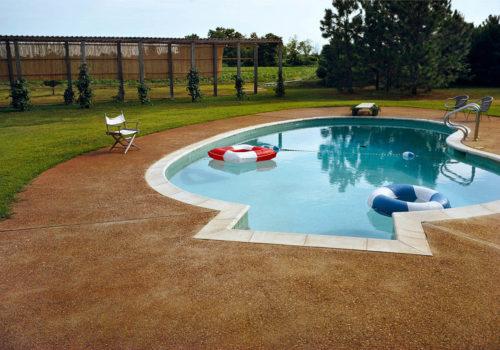 David Zwirner presented recently The Outlands a selection of photographs by William Eggleston, the majority of which have never before been seen publicly. It was Eggleston’s ﬁfth solo exhibition with David Zwirner since joining the gallery in 2016 and coincides with the release of William Eggleston: The Outlands, Selected Works, a new publication by David Zwirner Books focusing on this series, with a foreword by William Eggleston III and new texts by the art historian Robert Slifkin and the author Rachel Kushner. The exhibition opens in advance of a major survey of Eggleston’s work, featuring several of the photographs from The Outlands, that will debut in January 2023 at C/O Berlin before traveling to Fundación MAPFRE, Barcelona, and Fundación MAPFRE, Madrid.

Taken between 1970 and 1973, the images in The Outlands come from the same expansive photographic project from which Eggleston and the famed photography curator John Szarkowski selected the images for the artist’s groundbreaking 1976 exhibition at The Museum of Modern Art, New York, as well as the related and widely celebrated publication William Eggleston’s Guide. As Robert Slifkin writes of these images, “Throughout the series, the slow and unceasing forces of nature make their mark upon rusting cars and paint-chipped buildings, as well as on the weather-worn billboards and election posters that are sometimes obscured and surrounded by encroaching vines. In many of the pictures, a responsive balance is struck between the developed yet degraded landscape and the unsullied and ever-changing sky. Sometimes the irrepressible presence of the ﬁrmament is aligned with mundane objects and humble signs of human enterprise.… Other times, as when Eggleston occasionally captures the sky reﬂected in the puddles of rutted country roads, discolored parking lots, and suburban swimming pools, the celestial realm is brought, mirrorlike—even photograph-like—down to the ground.”1

A pioneer of color photography, Eggleston helped elevate the medium to the art form that it is recognized as today. The works that will be on view exemplify Eggleston’s singular ability to visualize a distinctive encounter that nevertheless encapsulates the qualities of a more general time and place through the subtleties of color, surface, and light. Some images recall rural colorist landscapes from the nineteenth century, while others have an almost subdued yet ponderous visual quality reminiscent of the paintings of Edward Hopper. The formal sophistication and pictorialism of these works is complemented by the way Eggleston evocatively manifests the unique character of the American postwar visual and material landscape. Images of gas stations, bars, burger joints, and drive-ins offer a sociological meditation on the typology of the built environment of the American South while also highlighting the presence and individuality of the people who inhabit these spaces.

Many of the images that will be in the exhibition speak to the reﬁnement of Eggleston’s vision and his supreme talent for working within and outside the conventions of the photographic medium. A photograph of a glass of iced tea resting on a table in a diner seems to almost self-consciously reference Eggleston’s now iconic image of a drink resting on an airplane tray table, also taken during this period. A photograph of a blue 1956 Dodge station wagon appears to have been captured on the same street and from the same low vantage point as Eggleston’s well-known image of a tricycle, which donned the cover of William Eggleston’s Guide.2 A view of the corner of a grafﬁtied interior, drenched in a deep pinkish-red hue, brings to mind another of the artist’s best-known images, depicting a lightbulb projecting from a bloodred ceiling. Familiar yet startlingly fresh, these images conjure a sense of déjà vu–like reverie, reﬂecting the poignancy of Eggleston’s artistry.

William Eggleston was born in 1939 in Memphis, Tennessee, where he still lives today. William Eggleston: The Democratic Forest, an exhibition of works drawn from the artist’s encyclopedic project, marked his ﬁrst solo show at David Zwirner New York in 2016. 2¼, an exhibition of Eggleston’s medium-format, square photographs, was presented in 2019 at David Zwirner London. In 2020

Eggleston’s photographs taken with medium and large-format cameras were presented at David Zwirner Hong Kong, and in 2021 a joint presentation of works by Eggleston and John McCracken was presented at the gallery’s 69th Street location in New York.