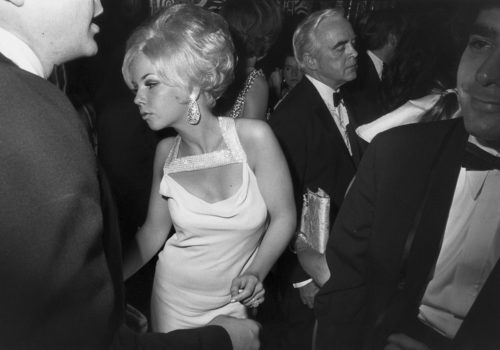 Preview
Photographer, filmmaker and screenmaker David Lykes Keenan has produced a short documentary on Garry Winogrand in 2019, entitled Winogrand in Austin 1973 – 1978. Here it is in its full scale, with words by the filmmaker himself.
“Made as an adult student while attending the Austin School of Film, this short film explores the life and career of Garry Winogrand while he lived in Austin, Texas.
Winogrand is considered to be one of most of the most significant photographers of the 20th century, “the central figure in photography for his generation,” said John Szarkowski of Museum of Modern Art in NYC.
For five years in the mid-1970s, Winogrand taught at the University of Texas, lived in Austin with his wife Eileen and daughter Melissa, and prowled Austin with his camera. He photographed the UT Drag, Congress Avenue, Eeyore’s Birthday Party, Town Lake, the Texas State Capitol, airshows at Bergstrom AFB, and on and on. Thousands, tens of thousands — even, maybe a hundred thousand photographs taken in Austin.
One of Winogrand’s seminal works was photographing the stock shows in Fort Worth during this same period.
Sadly, Garry died in 1984.
“Winogrand in Austin 1973-1978” looks back at this relatively unknown chapter of photography and Austin history through interviews with people who knew Garry in the day, through archival photographs and video, and with some well-known and some never-before-seen Winogrand photographs from that time.
One of the things that I’m most proud of is that I had access to WInogrand’s archives and had the privilege of examining dozens of contact sheets from his time in Austin. To have had the opportunity to “curate” Garry’s work to select some of his Austin photographs for the film was one of the most amazing experiences of my photographic life.
The film was done with the blessing of Eileen and Garry’s estate. Another honor was when Eileen informed me that she had shared the film with all of his children and they enjoyed it.

Thank you for this opportunity to share my little film, and this relatively unknown chapter of Garry’s legacy, with a wider audience.”