David Hume Kennerly, On the iPhone 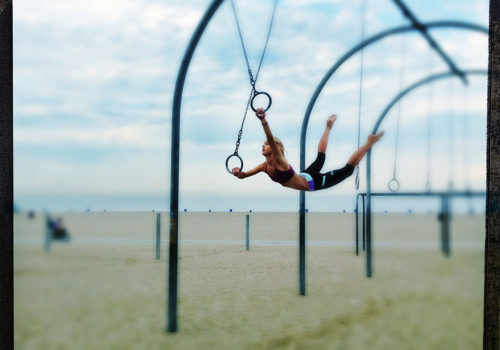 For nearly half a century I’ve looked at the world through a lens. My camera has taken me around the world more times than I can remember, into the quiet rooms when decisions that changed our world were made, and onto battlefields during war. I’ve loved every moment with my camera even when I would sometimes hate the horrors it would reveal.

Over the years I’ve seen tremendous changes in photography; the business of it, the way we as a society see and appreciate pictures, and of course, the photo taking instruments themselves. The amazing Canons 5D Mark IIIs that I use to create my professional images are electronic masterpieces and would be unrecognizable to my early shooter self.

After fifty years of rushing to keep up with a changing photography business, with the latest technological advances and just the daily wear and tear of racing to make deadline, I felt the need to reconnect with the simplest fundamentals of photography. So I dared myself to take at least one good photo every day for a year with a single camera. I wanted to challenge my eye and at the same time  get to the creative heart of my photography. To do it I needed a stripped-down tool—something slightly akin to my very first camera, a Brownie Hawkeye, or the Rolleiflex I used in high school.

I selected the iPhone and David Hume Kennerly On the iPhone is the result of that challenge. The iPhone’s built-in camera was attractive to me on several levels. I preferred its fixed lens, (approximately 33mm), which has certain limitations, but also great flexibility, and the iPhone camera could use a myriad of apps that give me a range of different looks and creative possibilities. (Remember that apps enhance your vision, they don’t replace it). I also shunned any wide-angle or telephoto add-on lenses made for the iPhone, as I felt they got in the way of photo fluidity. But the very best reason for me to choose this camera was the fact that it was already in my pocket and is, (or a device similar to it), in millions of peoples’ pockets around the world.

As partial motivation for this effort, I was taken aback when I learned that more photographs were taken in 2012 than in all of history — Kim Kardashian’s selfies alone probably make up half of them! Most of those pictures were probably made on phones. But instead of this new technology turning out a bumper crop of great snaps, it has really just helped people pump out sharper and better-exposed mundane photos. The power of pictures is being diluted by a tidal wave of visual mediocrity that is put up on social media for all to see, instead of relegated to a box under the bed where it would have gone in the days of film and prints.

My mission became a philosophical photo journey. This project forced me to think about what I do as a photographer and how I do it, plus shooting everyday helped me keep my senses sharp and my eye in tune. It helped me hone that process into a series of secrets and tips that will help others develop a better eye and take the kind of photos that will make them proud.

This book synthesizes 50 years of experience as a globe-trotting shooter into my most basic shooting essentials. It can’t teach you how to see, but I’m pretty sure it will show you where to look!

Here’s a bit of what I’ve picked up along the way:

And what is my very best piece of advice? When a photo is calling you don’t always have to answer. Sometimes it’s better to just sit back and enjoy life without feeling the need to snap!