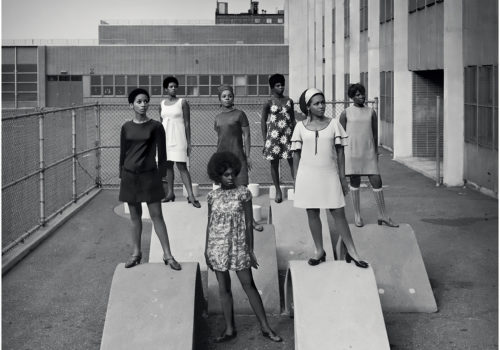 The Madness of Photographs

The British writer David Campany, curator of exhibitions and writer, editor or contributor to countless publications, can talk the talk when it comes to photography. This helps account for the assured tone with which he selects 120 photographs and, as part of the double-page spread devoted to each one, comments on particular aspects of the pictures. Not arranged chronologically, they traverse a whole gamut of techniques, genres and issues and in doing so provide the basis for a visual and verbal tour across cultures and contexts.

On Photographs is an edifying excursion because Campany is able to say something fresh about each picture – some are as familiar as others are surprising – without repeating himself. What comes across in his approach is a keen sense of the way photographs can express something that was not a conscious object of perception when the camera recorded it. These expressions, reshaping our consciousness without the presence of language, are not laid out before us for inspection but arrive laterally, like Proust’s unbidden memories. They possess autonomy, absorbing our stance into the picture as they do the photographer’s, bringing to mind Walter Benjamin’s fable about a Chinese painter exhibiting his landscape to friends. They examine the painting but when they turn away to offer appreciation to the artist they find he has disappeared. Only when they look at the scroll do they realise he has become part of the painting.

Campany singles out a photo by Toshio Shibata (who was a painter) for the characteristic way his camera seems to disappear in the face of civil engineering projects situated in otherwise unspoilt environments. In his photo of a dam, the water straddles a boundary between nature and technology, yoking apparent incommensurables – a waterfall with mountainside behind and walls of sheer concrete – in a way that is both natural and unnatural.

Campany’s eclectic eye combines attention to detail with reflections of a non-didactic kind. He sees Fox Talbot’s image of lace as ‘scientific and cold, yet intimate and gentle’ and looks at Sear’s montage, using a ‘pen’ on a tablet, as making ‘innovative virtue of what the hand might mean to photography.’ Looking at Luc Delahaye’s Les Pillards, taken in Haiti a few days after the devastating 2010 earthquake, he praises the clarity with which the exigency and chaos of an extremely fraught situation is depicted: comfortable green, blue and red colours look back to a pre-earthquake normality but the looters’ faces are charged with consternation at something they have seen behind them. The value of this kind of photojournalism may reside in the way it is content to show rather than explain or persuade. With this in mind, Campany selects François Aubert’s photo of the shirt worn by the man, appointed by Napoleon III to be Emperor of Mexico, when he was executed by firing squad in 1867 after the French withdrew from the country. The image of the shirt, shown pinned to a wooden frame, carries no political message and this may be the source of its potency.

Even when a photograph is taken for an explicit purpose, its reception will change over time. Kwame Brathwaite was active in the 1960s and ‘70s, responding to the ‘Black is Beautiful’ movement by showing women who kept their hair natural, defying the presumption of whiteness in Hollywood’s notion of beauty. This is the obvious purpose of his 1966 photo of seven models but, with Black Lives Matter highlighting unfinished business more than half a century after the civil rights movement, its accusatory power is no longer latent. What began life as a style statement has had its legibility rewritten; no longer a static image, the women cast their bodies in the same direction, each asking a question, requesting an explanation.

The history of photography can be read as a series of trials and try-outs, as when William Fox Talbot in 1845 placed a piece of black lace directly on to sensitized paper and exposed it to the sun to produce a negative. Campany comments on this before moving on, in the next spread, to show a Helen Sear montage of a portrait and a landscape created in Photoshop. The thematic link between the two pictures, that of experimental practices, is not stressed and no judgement is made.

Campany’s ushered inventory contains multitudes but there is an underlying axiom to his selection, one based on a recognition of the in-dwelling strangeness that photographs can possess: ‘In each one there is a kind of madness’, he says. We think we know what we are looking at until we look again and find something, petrified in a frozen moment, waiting to be seen on the surface of things. Not an essence but a spellbound appearance, a fragment of what could once have been called truth. More prosaically, it is what is noticed in the exquisite precision of Julianne Moore’s hands and feet in Gregory Crewdon’s staged image of a troubled woman in a house in Vermont. The house had been left empty for four years since the owner, a woman who had raised a family there, had died, leaving everything as it once was.

On Photographs by David Campany is published by Thames & Hudson