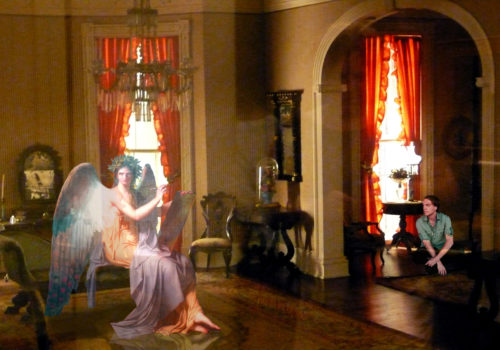 The Phenomenology of Interloping

Belonging or not belonging are like leitmotifs for innumerable situations throughout a person’s lifetime. Feeling you belong can be deeply satisfying, while not belonging can be horribly painful. The desire to fit in and belong can become a process of interloping. Webster’s Dictionary of 1828 defines interloping as an action that is “Interfering wrongfully.” More recently the on-line Free Dictionary aligns it with personal desire; ” One that intrudes in a place, situation, or activity”. I took it to mean as a situation where one is not wanted or is considered not to belong.

Inherent in these definitions is a moral axiom that interloping is bad. Trying to fit in has an air of subtle dishonesty from the start because you want to get or be something that is not yours to have as your right. Interloping is familiar to anyone who navigates a variety of social situations and attempts to acquire social acceptance and equity. It is often acted out in contested scenarios involving class, race, and gender. In this series I wanted to explore through visual tableau and metaphor the different emotional spaces that may occur when we are trying to fit in, and about to be unmasked as interlopers.

I look to myself as the example. I work as an artist that is generally viewed as an creative profession but is associated with low income and sometimes dubious social value. I also work as a professional arts administrator who raises money from wealthy private individuals, grants makers, business leaders and government officials. I’ve been an Artistic Director of an arts center providing opportunities for many artists. I am a widely published arts writer reviewing artist exhibitions and commenting on culture in general. So I begin with a set of complicated identities, requiring a skillful balancing act to know which hat to wear in any given situation. I wield some influence and belong in some social situations. But I may have less or none in others yet am still seeking to fit in. During the course of a day I meet artists of all ethnicities and disciplines; wealthy art collectors for either personal or organizational fund raising; teachers from impoverished school systems; philanthropic foundation directors who think of me as a supplicant; international government officials who want to do projects in the United States and think I am a conduit for their objectives; museum curators who look at my art work and judge it; and I filter countless email’s that require different responses fitting the persona I have established with the sender of the email. I find myself attempting to produce the correct persona for each social situation that creates a temporary bond of identification. When the bond begins to wear off, it is time to exit the situation or be exposed as inauthentic, an intruder, worst of all, an interloper. While it widely assumed that artists are free spirits, I believe the most successful are consummate and deliberate shape shifters, able to fit into many social situations long enough to get what they want. That to me is the quintessential interloper, involved in a relentless survival game having to move about a series of situations calling for different persona and strategies. If they are discovered then it’s game over, credibility gone, and they no longer belong, cast out.​

The Interloping series evoke the moment just before discovery might occur. This is a charged moment. The question lingers whether the interloper can gets in or out in time without being revealed as an intruder. Each image sets up a pictorial tableau, staged in ornate, golden hued rooms where the frozen moment hovers, waiting for what comes next. Almost all of these rooms were photographs of the installations from the Thorne Miniature Collection at the Art Institute of Chicago and the Phoenix Fine Art Museum. The people who I have photo-montaged into these fictive backdrops, much like the Wild Kingdom series, are actors within stages who become the protagonists of the visual psycho- dramas comprising the Interloping series.