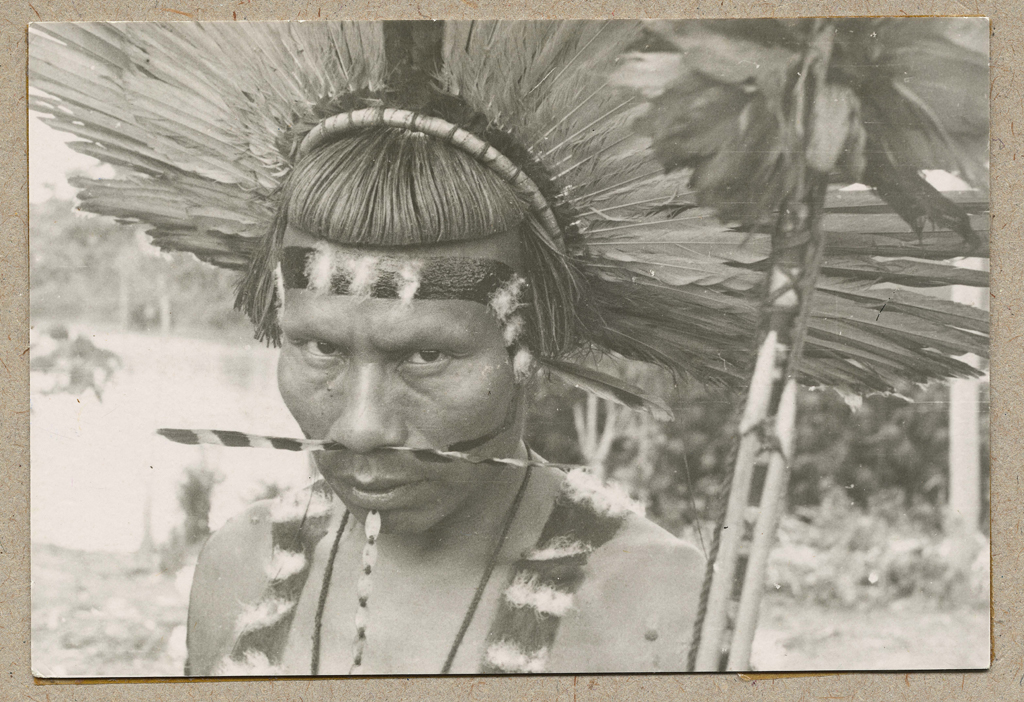 Nearly three years after the death of the renowned anthropologist, Defacto La Gallery is revisiting the photographic work of Claude Levi-Strauss.

As he once said himself, he never considered photography to be particularly important, considering it more of as a tool and preferring to see life without the interference of a viewfinder. Nevertheless, the son of a portrait artist, Lévi-Strauss’ eye was undoubtedly influenced by his father. With the collaboration of the Quai Branly Museum, Mondes Perdus presents the anthropologist’s prints taken in the 1930’s during his repeated trips to Brazil with the Amerindians.

With his Leica, Lévi-Strauss became witness to a changing time, when advancing urbanization was beginning to damage the indigenous populations. Accompanied by his wife Dina, they discovered the Indian civilizations of the Amazon and their “primitive” people. The anthropologist was forever influenced by his stays with the Nambikwara where he admired their relationship to nature, their freedom and social customs. He also stayed regularly with the Caduveo, the Bororo and others.

A movie documenting his travels will also be projected at the exhibition.

This South American adventure was the setting for Tristes Tropiques, in which he combined his memories, pictures and thoughts about the concept of civilization. Western civilization was then seen as an option among others. Lévi-Strauss underlined the frailty of these civilizations in regards to globalization and the development of a monoculture, “mass civilization, like a beet” .
Although taken between 1935 and 1939, when the world population was growing rapidly and the shrinking Amazon forest was causing problems – both for the environment and its inhabitants – the questions they raise are clearly contemporary. When asked about the future several years prior to his death, “Massimo Lévi” as some Indians referred to him, declared:

“We are in a world I no longer belong to. The one I knew, the one I loved, with 1.5 billion inhabitants. Today there are 6 billion people. It is no longer my world. And tomorrow, with its more than 9 billion men and women, even if it is just a temporary surge as some like to say, impedes me from making any predictions”.