Chip Hooper : From the Edge 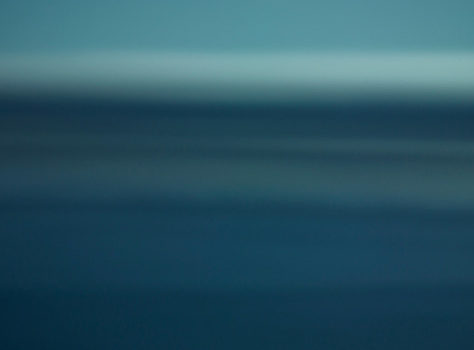 Robert Mann Gallery presents the exhibition, Chip Hooper: From the Edge, the artist’s final body of work. In this series, Chip Hooper takes us on a visual journey as he contemplated his own existence in the world. Inspired by Mark Rothko’s color field paintings, Hooper turned his camera to the horizon line to articulate his deep and spiritual relationship with large expanses of water. Through images of sublime color, Hooper found the ability to clearly understand the ocean’s place and role in his life and work. “The ocean is the purest expression of creation. In every moment it is ephemeral, constantly recreating itself. If we look deep enough into it, it has so many answers. For me, it breaths life into me, literally.” – Chip Hooper (Irish Beach, CA, March 29, 2014)

Hooper’s previous series, including “Surf,” and “California’s Pacific,” have explored the artist’s emotional connection to the sea with crisp, detailed black and white photographs that convey the luscious textures of shimmering light and gentle waves. The work established Hooper as a technical master over the medium. This latest series, however, completed in the final years of his life, shows Hooper turning toward abstraction, marking a new era of his relationship with the sea. From this time, he says “I had a life changing event… as I dove deeper and deeper into my image making of ocean environments, I became acutely aware in a very focused way what this relationship provided me, it was literally healing, life sustaining. The ocean and my time there became a doctor of sorts.” In the final chapters of Hooper’s life, the ocean’s healing energy helped him find an overwhelming sense of understanding, meaning, and peace in life.

As Rothko’s health declined his colorfield paintings settled into a deep, rich palate of purples, blues, and reds, which invite you to devote a sustained amount of time with each work to allow the details and intricacies to reveal themselves. Similarly, Hooper’s monumental color prints sing with brilliant yet somber hues and invite you to enter into his contemplative state of mind and evoke different meanings depending on the viewer. To spend sustained time with each piece is to let their insight and spirituality wash over you.

Chip Hooper : From the Edge