Best Of 2021 : Bob Wolfenson’s Quest for the North 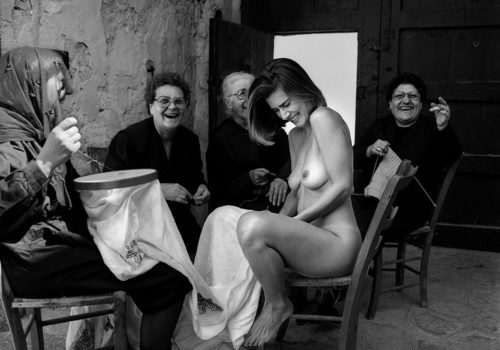 The book Desnorte marks the 50-year career of Bob Wolfenson (Sao Paulo, 1954), one of the most recognized photographers on the Brazilian scene.

Assistant of Bill King in the 1980s, he was no beginner when he pushed open the door of the New York fashion photographer’s studio. His relationship with photography began very early, at the age of 16, following the death of his father, when he became an apprentice photographer to Chico Albuquerque, a pioneer of Brazilian advertising photography. Eight years later, he opened his own studio, while he was preparing his degree in social sciences at the University of Sao Paulo. Bob Wolfenson ended up abandoning his studies to look for the north, literally and symbolically, settling in the United States.

Back in Brazil a few years later, he devoted himself to portrait and nude, advertising and fashion photography and build a very solid trajectory. His daring compositions give a subjective look to commercial photography. His career took off again in 1996 with an exhibition at the São Paulo Art Museum where he presented portraits of artistic, sporting and political personalities of the country. Eclectic, he produced series with two-way titles that reveal, beyond an artistic gaze, a vision of the world and of Brazil. Because this artist, from the Jewish community of São Paulo, was brought up at the crossroads of Judaism and socialism.

With the essays L’Anti-façade (2004), Sur la route de la mer (2007) and Appréhensions (2010), the photographer leaves the physical and aesthetic limits of the studio to reflect on questions related to the environment and the tensions of everyday life in his native megalopolis: the gradual degradation of the urban landscape and of the air quality, as well as the multiple forms of contemporary contraband, which include exotic woods, furs and wild animals.

Bob Wolfenson knows how to play with words. Desnorte, which one could possibly translate by the absence of north, presents more than a hundred images, all photographic genres combined, without a precise common thread. A deliberate choice, reinforced by the feeling of disorientation, of loss of north, that the artist experiences in the face of the socio-political context of the current times.