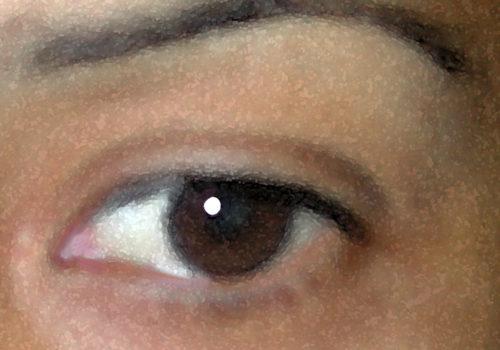 The Monthly Chronicle of Thierry Maindrault

We have all, at one time or another, heard of the innumerable and invisible black holes which would represent the largest part of the supposed mass of our known universe. These phenomena are conspicuous for the lack of light which characterizes them. For the lovers of light that we are, let us specify that the plausible explanation is the absorption and concentration of matter at a speed greater than that of light. Strange signature one that is supposed to exist without being visible, Saint Thomas, is not far away! There are many oddities that are only supposed, with an activity; but of which we measure the effects and the effective interest after many uncertainties. As an aside, we have just learned that one of these secretive – black holes – would have been, for the first time, photographed by the last telescopic jewel sent into space a few days ago. Long live photography that captures the total disappearance of light!

It is somewhat in the same order of ideas that blockchains were created, a kind of completely dematerialized system which makes it possible to transmit or lock more or less confidential information on a dedicated digital line. The system includes types of spaces allowing the average individual to carry out miraculous operations. The interest of this operational system, only behind a screen, lies in the pseudo anonymity of the operations made in the maze of the circuit and outside the natural or social organizations of the planet. The first implementation and already working, is undoubtedly the creation of artificial digital currencies. These jewellery (Bitcoin, Ether and Co.) are to allow exchanges (barter type) more flexible and without any constraint (except memorizing an essential password). You know the rest of the story, it’s one of the most incredible speculations, so dizzying and absolutely irrational that the current scams risk upsetting the psychological order of humanity.

This little foreword seemed essential to me to set the mood and understand what the photographic works is doing in this mess full of holes. The NFT (non-fungible token) makes it possible to really identify a virtual digital set (virtual being used out of its meaning, I prefer impalpable). Business, business, everyone (money and speculation, of course) is rushing and ecstatic in front of this novelty which would bring down from the heavens (that of God the Father) a manna, eagerly awaited. The serious downside is that pecuniary abundance does not come from hard work; but, of a total speculation. The top that amuses me is the arrival in this circuit of virtual bottles of wine circulating which see their price go out of credible limits, without themselves leaving the screen. This saves those precious elusive vials from being broken, getting warm and being shaken. The initiator promesse that real bottles will replace these imagined clones before switch off.

Contemporary creations were not immune to this reductive wave. Photography hastened to try to conquer the first place (as if in the imaginary and the fantasy, the number of places was limited!). A number of pseudo creators who do not have enough confidence in their work to have it confronting the public have rushed into this magical universe. A file of the photograph is installed on a server (in reality a great number) and this file is locked by a code that allows the holder of the access code to claim ownership of this work. Remember that this photograph is totally immaterial and can only be imagined through the interface of a screen. I let you imagine how the little genius of creation who already cannot master a camera correctly will be able to master blockchains. What about safety rules? Who retains the moral rights? How many originals in the global computer mess? How can transfers and possible uses be guaranteed? How to avoid pirating, which are also forms of creations from people much more gifted than most authors of photographs with uncertain artworks? Who determines the real interest of this or that creation? Etc. We already see so much of everything in today’s materialized images, I let you imagine the poverty of this inexorable race to the bottom. The upward attraction is limited to bank accounts (fortunately often fictitious, too), of gifted leaders.

To conclude, the origin of this chronicle came to me from a friend who has a fifteen years old son and who incidentally discovered the feverish activity of this adolescent. After conducting a small investigation and talking with his offspring, he discovered that the latter had become a wise specialist in the NFT Art market. This budding broker buys regularly and with financial discernment, fictitious works (street graffiti, photographs, drawings, etc.) from authors in search of recognition, to resell them, at most within two months, by multiplying the prices by three. As you have understood, the operation is only done by code transfer. Anything to anyone, to anywhere at any price.

What a dream and ambitious world  that of connected digitalization? I don’t even mention the DarkNet (the dark side of things).