Bernard Plossu: encounters with other photographers 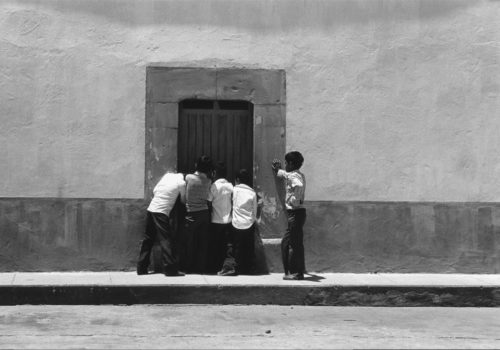 Throughout his career, Bernard Plossu has exchanged images with other photographers. This gave rise to a collection which he donated in February 2016 to the Maison Européenne de la Photographie. An exhibition showcasing a selection of some 160 prints is on view until April 9.

Bernard Plossu is passionate about photography, travel, and meeting people. Starting in the late 1960s, whether in Paris, Mexico, the United States, or on his numerous trips and visits around the world, including Italy, Spain, Belgium, and all across France, he has met many fellow photographers and assembled a collection of some 1,200 prints made by over 600 artists from all backgrounds.

Fifty years ago, the ranks of those embarking on the adventure of photography were rather small, and they would spontaneously trade prints. Without any forethought, simply discovering images he liked, over time Plossu has accumulated prints through exchanges, gifts, of course with no monetary transactions, and little by little a treasure trove of images was formed as if out of thin air. His appetite for photography was insatiable.

His collection is like no other. Plossu was on friendly terms with all these photographers, and knew most of them very well. They not only traded prints, but also spent time together, corresponded, and developed long-lasting friendships. They had mutual respect and admiration for the other’s work. There was no pressure, only generosity. For Plossu, this is simply about photographs he loves and about his personal survey of half a century of photography.

His collection is not a gathering of celebrities or iconic images. Plossu is just as passionate about an image by a known photographer as by an emerging artist. Bernard Plossu is a “passeur” cultural guide. He has supported generations of photographers, and his collection bears witness to a whole career spent in the service of photography. […]

The collection shares many traits with Bernard Plossu’s own oeuvre: a marked interest for small formats, which privilege intimate contact with the photograph, and a predilection for timeless images, “transitional landscapes,” and snippets of poetry, at a remove from the often brutal reality of the world which Bernard Plossu crosses with light-footed elegance.

Pascal Hoël is Collection curator at the Maison Européenne de la Photographie in Paris, and the curator of the current exhibition.