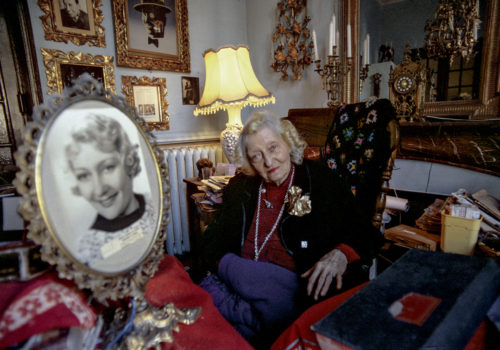 This feature by Christian Ramade is a gift to all dinosaurs, survivors and those nostalgic for the Arles festival of distant years.

This festival was messy beyond all limits, made with staggering amateurism, shameless bad faith but was a prodigious point for crazy, improbable and sublime encounters.

A place where this surprising sect enjoyed unhindered the new religion it had revealed: Photography.

On the Place du Forum, Germaine, the owner of the Nord Pinus, watched 18 hours a day at the door of her closed hotel. From time to time, an ill-mannered person tried to make her speak about the mythical photo of Newton and Rampling.

He was immediately turned away!

Another place was also legendary, right next door: the Hotel du Forum with its owner Fred Ogier. He is the only one who could have said I have seen the breasts of all French and even world photography and it is true

All the women of the world of photography came to the Forum: its swimming pool was a dream.

Arles, July 1986 the Rencontres Internationales de la Photographie were in turmoil. Alain Desvergnes, then director of the National School of Photography, suggested that I make a reportage on the former hotel Nord Pinus, in exchange for an exhibition at the Galerie Aréna. The hotel, closed for four years, still housed its former owner Ms. Bessière, better known by her artist name: Germaine Gilbert; she lived there as a recluse with her cats and her dog Warum.

In September I decided to get involved with the place. I equipped myself with two cameras (film at the time): a Pentax 6X7 and a Leica R with a battery of wide angle lenses, a solid tripod, a few boxes of Chocolates for Germaine and above all a screwdriver, sockets and a bag full of bulbs of all kinds to find the original atmosphere and lighting.

Two intensive days out of time, in the labyrinth of corridors and the dust of the rooms, in a random walk where each image would be a haiku. A few days later I presented the images to Alain Desvergnes who was excited but who asked for “the indispensable” portait of Germaine. In vain I told him that I refused to photograph human beings, that I am not an entomologist, he remained intractable. I returned to the Hotel for the last time; a black and white photo of Germaine taken 50 years ago comes to my aid, putting the real Germaine in abyss. It is undoubtedly the best portrait that I have made… since it is the only one!

On January 15, 1987 the emergency plan was triggered, Arles was under thirty centimeters of snow. The opening nevertheless took place in the presence of Germaine who raised her glass of champagne, shouting: “I am 20 years old”! She passed away three weeks later in her blue room on the first floor.

“A hotel with a soul” (Jean Cocteau).

These photographs were taken in the fall of 1986 and exhibited at the Galerie Aréna (National School of Photography in Arles) in January 1987 and at the Rencontres d´Arles in 1988.

Parisian by origin, Germaine was running this Arlésien hotel, which hosted the greatest bullfighters and famous artists for half a century. Each room kept the imprint of these characters: the room of Dominguin, that of Mistral, Cocteau, Trenet or Fernandel. In 1973 Helmut Newton photographed Charlotte Rampling in the small living room.

At the beginning of the 1980s the hotel was closed but Germaine, in her 80s, could not bring herself to leave it. The charm that attracted Cocteau and Picasso a long time ago when they came to a bullfight was still present for Christian Ramade and it is an invitation to a ballad in another era to which the photographer invites us with his images on “Germaine and the North Pinus ”.

Photographs of Germaine are currently on display in Arles throughout the month of July next to the hotel in a gallery located at 27 rue de l’Hotel de Ville, a book is on sale at Actes Sud.