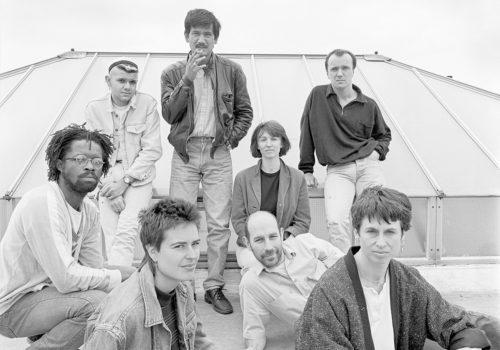 The two things happened simultaneously, learning about activism and learning to make a photograph. – Sunil Gupta

Aperture announced the relaunch of Aperture Ideas—an essential series of books devoted to the finest critical and creative minds exploring key concepts in photography—with the publication of Sunil Gupta’s We Were Here: Sexuality, Photography, and Cultural Difference.

In 2004 the cultural theorist Stuart Hall credited Gupta with being a photographer whose images had changed what was possible to see and desire in a queer, postcolonial world. Yet until now, the formative role that Gupta’s writing has played in his practice has been less widely known. Often working in moments of political pressure and publishing in diverse places––including ephemeral media such as magazines and community newsletters¬¬-—Gupta’s work over the last fifty years speaks to his talent as a prolific, insightful, and witty writer.

Divided into four chronological sections, and introduced by the editor and art historian Theo Gordon, We Were Here charts how Gupta’s concerns have developed over decades and through the course of shifting personal and political circumstances.

In his writing about public gay identities in Montreal and New York in the early 1970s, the furtive silence around homosexuality in Indian cities, the AIDS crisis, the Black Arts Movement, and key figures including Joy Gregory and Robert Mapplethorpe, Gupta foregrounds the power of cultural activism across continents, and illuminates the essential connections between queer migration and self-discovery. Continually questioning given forms of identity, Gupta offers artists and curators multiple strategies of resistance, carving out space for new ways of imagining what it might mean to live, love, and create.

Sunil Gupta (born in New Delhi, 1953) is a photographer, curator, writer, and activist. After migrating to Canada at the age of fifteen, he was educated in photography at the New School, New York, and the Royal College of Art, London. Gupta’s diasporic experience of multiple cultures informs a practice dedicated to themes of race, migration, and queer identity—and his life is a point of departure for photographic projects, born from a desire to see himself and others like him represented in art history. A curator of numerous exhibitions, Gupta has presented his photography internationally and his work is the subject of several monographs, including Christopher Street, 1976 (2018), From Here to Eternity (2020), Lovers: Ten Years On (2020), and London ’82 (2021). He lives and works in London.