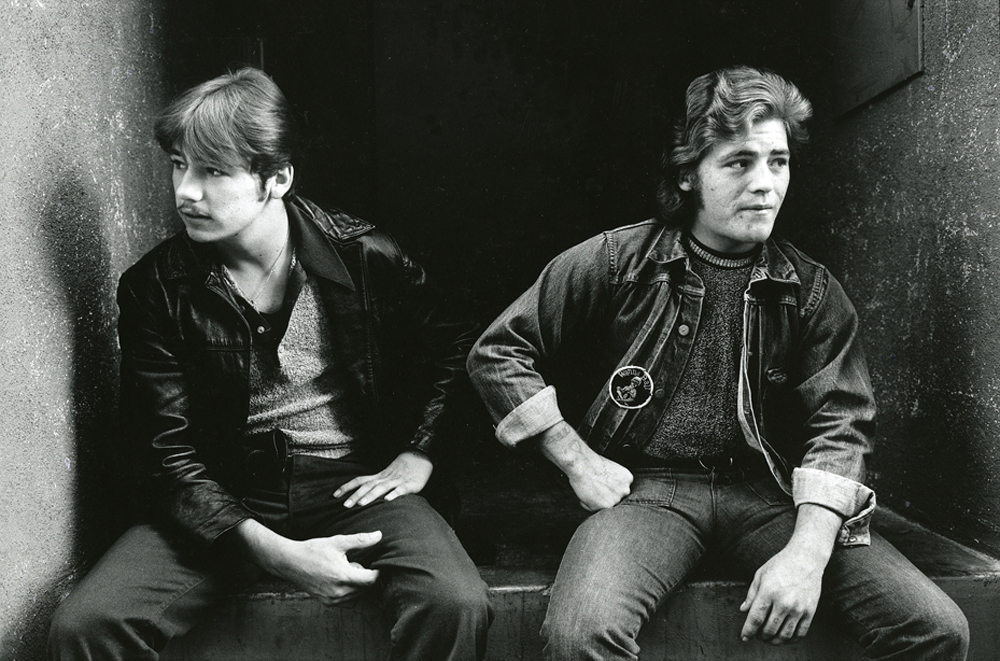 In New York, Daniel Cooney Fine Art is holding a fascinating exhibition that looks back at the beginnings of the movement for gay rights. Through photographs by American photographer Anthony Friedkin, a whole state of mind, a whole period of struggles and history comes to the surface. The Gay Essay is a humanist document of the gay communities of Los Angeles and San Francisco, shot by the Californian photographer, then only 19 years old, between 1969 and 1973.

In the spring of 1969, the modern gay rights movement began in the United States. When Friedkin first took an interest in the gay community, he wanted to tell simple, intimate stories, before becoming involved in the movement in a more personal way. In Los Angeles, he spent time at the Gay Community Services Center, where he met Morris Kight and Don Kilhefner, founders of the Gay Liberation Front, who introduced Friedkin to the city’s gay scene. Later, he covered protests, as well as an experimental theatre in San Francisco which specialized in drag shows. His photographs appeared in newspapers next to essays in support of gay rights.

The images are beautiful, illustrating the different facets of everyday gay life with portraits, street scenes and interior shots exploring dance clubs, the art scene and the world of prostitution in Hollywood. Friedkin also photographed important members of the gay community, like the reverend Troy Perry, who welcomed homosexuals and lesbians into his Metropolitan Community Church. By following his own instinct, and perhaps his own recklessness, Friedkin escaped the distant, analytical approach from which the work of his peers sometimes suffered. One of the peculiar aspects of this project, which combines historical documentation, specificity and a personal approach, is the intimacy Friedkin shares with the subject.

The son of a Broadway dancer and a Hollywood screenwriter, Anthony Friedkin grew up in a home surrounded by artists. As a result, most of the people he photographed were young or close to his age, hence his insistence upon proximity throughout his career. Shortly before The Gay Essay, he worked freelance for Magnum. Following this major work, he turned his focus to prisons and prostitutes, exploring through photographs his fascination for the sea and surfing, all while continuing to documenting the daily life of his city, Los Angeles.

Almost half a century after the Stonewall Riots in New York, The Gay Essay, which was also published in book form by Yale University Press, is like a family album that has become an important historical document.