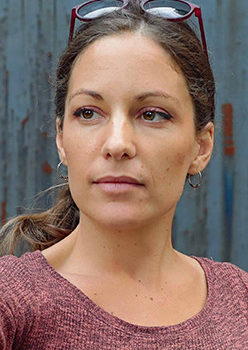 Her name is Agathe Catel. She is a photographer. She sent us this very fair and touching email about the times we are living in!

“Why do so many women doubt themselves? Why haven’t we been taught to assert ourselves, to decide, to choose and to impose ourselves in the jungle of the world? What approval do we need?

I so often doubt my steps. Am I in the right direction? Does my photographic approach have a meaning? Does it have any use whatsoever? According to Doisneau, the photographer is a lonely fellow who takes the man in a hurry by the arm to show him the free and permanent spectacle of everyday life, but does the man in a hurry at least watch?

What drives us photographers to strive, against all odds, to want to capture moments to show them to the world? To say that we are driven by the desire to shine a light on others, without even thinking about letting a part of ourselves be seen, would be pure bad faith.

I spent so many hours working on my photos, sorting them, selecting them, editing them, storing them, to work them again, so many hours erasing tiny dust, small dots too white or too black , here and there, that only a seasoned or even maniacal eye could detect. What’s the point ?

I’ve traveled the world before, looking for clichés and emotions. And what remains for me to see, which remains for me to know. Opening your eyes is a remedy for despair, said Sylvain Tesson. It seems that misfortune teaches us to look at the world. And those who have not known difficulty live blindly.

I have met so many beautiful people, all these people that I photographed and left behind. Who could be satisfied? Am I only moved by a mania that would push me to create endlessly, frantically, without even knowing where I’m going?

And maybe if you, the man in a hurry, you stopped to read these few lines, if your gaze then goes to this piece of the show that I strive to offer you, then maybe everything will not have been in vain … You man in a hurry, come, take my hand, are you ready to slow down? Look, look, I have something to show you.”