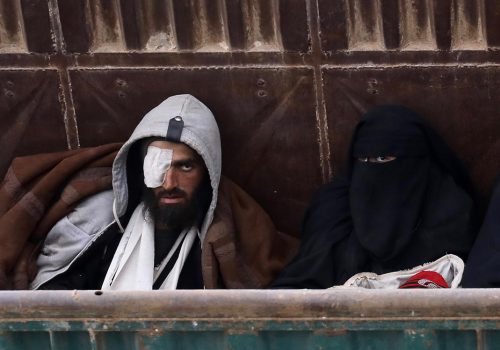 An exhibition at Visa pour l’image in Perpignan, another at the Maison de la Radio in Paris and, icing on the cake, two awards as part of the Bayeux Calvados-Normandy Prize for war correspondents, Patrick Chauvel is walking on air for his birthday.

To see it, we would not believe it, but Patrick Chauvel, war photographer, writer, documentary filmmaker and wonderful storyteller celebrated on April 7th his 70th birthday! However, he still runs to the battlefronts, where bullets hiss, mortar shells, cars, drones and suicide bombers explode.

Since his first conflict, the Six Day War in 1967 between Israel and the Arab armies, he has never stopped. Vietnam, Lebanon, Cambodia, Afghanistan, El Salvador, Chechnya, Iraq, Libya, Panama, Syria … It is impossible to name all the dangerous places where he has passed and sometimes returned with a bullet, a shrapnel in his body, a few meters of gut shorter.

For a long time, the profession has taken him for a madman, a burnt head, an unconscious. He himself entertained the idea that he was a bad photographer. However, the exhibition of his photos of 50 years of conflict presented in Perpignan and Paris belies the portrait of the dandy fighter he sometimes maintained with sharp replicas and departure hitting the ground with his Ford Mustang.

Patrick has a lot of talent, that of bringing back to us images that can prevent us from sleeping and that of commenting them directly. Images of this cruel world on which he looks attentively and selectively.

His motto is to photograph everything, but not to show everything, including what could be misleading. He happily tells that during the battle of Mosul (October 2016 to July 2017), he photographed soldiers playing football with the decapitated head of an enemy. We will see this picture only in a few years, when it will have no more impact on the immediate history but will testify for the great History of the madness of the men.

A grandfather, Jean Chauvel (1897-1979) ambassador of France, a father Jean-François Chauvel (1927-1986) engaged when he was 15 in the resistance to the Nazis then journalist to AFP and great reporter for the Figaro and for television , a friend of Lucien Bodard, Jean Lartéguy, and Joseph Kessel, with whom Patrick lived for a year, an uncle Pierre Schoendoerffer, filmmaker, film director notably of The 317th Section, and the  Drummer-Crab, who as a young soldier volunteered to parachute on Dien Bien Phu when all was lost … Let’s not forget his Corsican mother who met his father during the resistance.

Patrick is a unique case in the world of journalism. He did not fall into the tub of war correspondents, he was born of the war where the worst and the best of humanity coexist. And in this opposition, it is not the worst that interests him the most as his images might suggest. He documents the war but feeds on the best it produces in men.

The fiery young man has become a wise man. A man anxious to convey with realism to the young generation what he learned with his job. A man concerned that the world does not forget its history, even and especially, when there is no need to be proud.

So thanks to some generous Swiss patrons – where are the French? – and the intelligence of the Caen Memorial, the Patrick Chauvel Foundation will have a permanent exhibition where will be shown fifty years of conflict for which Patrick Chauvel has risked his life so many times. But not only ! We will also see the photographs of the Vietnam War made by the victors, “Those of the North”.

Congratulations and thank you Patrick Chauvel!

Patrick Chauvel won the 1st prize in the professional category and the public’s award category for his freelance report for Paris Match: Syria, the end of Baghouz

An exhibition by Franceinfo and the Direction of Music and Creation of Radio France. In partnership with Visa for Image, International Photojournalism Festival.