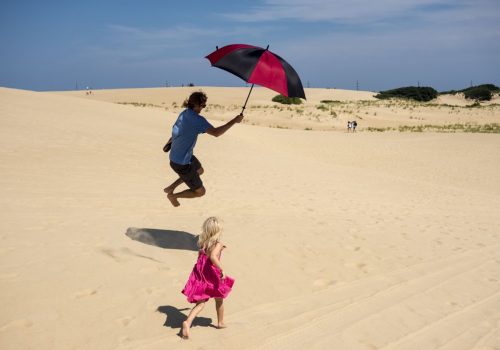 In 2016, Fujifilm invited Magnum Photos to collaborate on an ambitious project: a group of photographers would be asked to reflect on one theme, in their own style, sensibility and history, with the same camera : the mirrorless medium format FUJIFILM GFX. Home, currently on view at Milk Gallery in New York, is this collaborative exhibition exploring the depth of meaning behind this word through the eyes of 16 Magnum Photographers. They explore a universal subject familiar to us all and unite curiosity, art, and photojournalism to tell the stories closest to their hearts. Pauline Vermare, cultural director at Magnum New York and curator of the exhibition, talked to The Eye of Photography.

The theme of this exhibition is “home”. It is imposed on all series of images taken by the 16 Magnum photographers. How was it chosen?

The project stemmed from a casual conversation between Kunio Aoyama of Fujifilm and Magnum photographer Hiroji Kubota in Tokyo, as they were looking for ways to work on a big project together involving Magnum Photos. It felt to them that addressing a theme as universal and polyvalent as “Home” would be a very good way to engage photographers as well as their audience. Once the theme was decided, they asked Magnum photographers if they would be interested in being part of it.

Alex Webb, Antoine d’Agata, Gueorgui Pinkhassov, Olivia Arthur, Hiroji Kubota, Alessandra Sanguinetti… the selection of photographers is diverse and so are their respective universes. Was this variety a wish?

Magnum is global in its essence. It was founded in 1947 in New York and Paris by four men, a Hungarian  (Capa), a French (Cartier-Bresson), a Polish (Chim) and an English (George Rodger). The aspiration was always to be deeply international, and the cooperative never stopped becoming more diverse (in terms of nationalities and now also gender). And I think this is what makes the beauty of this show, as it highlights the human diversity, the incredibly broad range of styles and sensitivities that coexist within Magnum.

You mention in your essay that “home” usually refers to an intimate and safe place, a peaceful haven, a cocoon. It is surprising to see that more than half of the photographers involved in this project turned their camera on “the outside world”. Maybe because the medium format camera is more adapted to landscape photography than narrow environments?

Yes, and also perhaps because like Thoreau some considered that home was what surrounded them, what had made them: Minnesota for Alec Soth, Cape Cod for Alex Webb, North Carolina for David Alan Harvey, the Japanese islands for Hiroji Kubota, etc.

Each series in this project makes sense on its own, but how does one conceive their reunion?

By embracing their diversity – showcasing their idiosyncrasies. Also, I suppose by being mindful of each photographer’s style, vision, sensitivity when trying to translate into space what this experience of documenting “home” meant to them.

There is an exhibition, now at the Milk gallery in New York, but also a book. Would you mind telling us how you worked on its editing?

Stuart Smith and his team in London did a beautiful job on the book, and my goal as a curator was to translate the book into space, though some photos in the book aren’t in the show and vice versa. The curation was really a series of one to one conversations with each artist, to render their vision as thoughtfully as can be.

In the introduction, you write that, “For some, the difficulty of this project was rooted in the fact or feeling of having more than one ‘home,’”. Could you explain how these photographers faced this challenge?

Yes, there are many places that can be called “home” – the emotional hardship of uprootedness. Having rejected the original home in the case of Thomas Dworzak (“My whole life has been conditioned by the rejection and search for “Heimat”); or many lives (which Alex Majoli explains in the short film that Fujifilm produced), or, in the case of Moises Saman, feeling an urge to go back to Peru, the country where he was born but hardly knew: “I should know where I come from.”

In our global world, isn’t home a notion that doesn’t really resonate the same anymore as in previous epochs? Isn’t it an explanation for these images?

Well, I suppose “home” will always be a “point de départ“: where one comes from, where one was made. Then it slowly becomes part of you. Whether you reject it or not, this is you. This project shows us that “no matter where you go, there you are”… No way in escaping that!