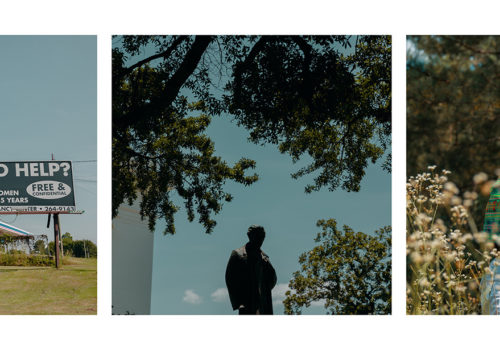 Highlighting 17 unique photographic projects from various corners of the country with community engagement at its core, led by women and gender nonconforming artists

In the aftermath of the 2016 U.S. presidential elections and subsequent Women’s Marches, a number of grassroots organizations were born out of a mutual frustration over the country’s deep political divisions across issues of economics, race, gender, and beyond. We, Women is one of such organizations, dedicated to fostering action and dialogue through art.

We, Women was founded to amplify women and gender nonconforming voices during an era of divisiveness and distrust in politics. The project, presented by Photoville and Women Photograph, provides funding and mentorship to visual artists who combine photography with community engagement to reframe social and political issues.

This July, We, Women’s first public outdoor traveling exhibition, We, Women: The Power of We will launch with an exhibition in Brooklyn Bridge Park that will open later in the summer in Anchorage, Alaska, in partnership with the Anchorage Museum, and will subsequently be shown in Atlanta, Chicago, and New Orleans over the next year. The first exhibition highlights 17 impactful projects, which examine crucial issues on the minds of many Americans: immigration, education, climate change, race, motherhood and family, gun control, healthcare, religion, criminal justice reform, gentrification, sexual assault, and more.

The We, Women founders describe the exhibition: “We selected artists whose contributions all demonstrate that there is a potential for a different future for this country. These artists are all combining photography and community engagement as a way to maximize visibility and impact.” The free and accessible public exhibition is made up of 380 feet of engaging imagery that will reach hundreds of thousands of people.

We, Women: The Power of We includes contributions from a cross section of artists who are all creating socially engaged projects from different corners of the country. Arin Yoon, a military spouse based at Fort Leavenworth, Kansas, is trying to bridge the divide between civilian and military populations, as well as challenge media stereotypes of the military. Katie Basile’s Dear Newtok project focuses on the Yukon-Kushokwin Delta in Southwest Alaska, which is one of the first regions in the United States to experience forced relocation due to the climate crisis.

Sol Aramendi’s practice centers on collaborating with immigrant communities in New York City and highlights images documenting their daily lives, their labor, and their mutual aid circles. While Bethany Mollenkof has focused on documenting pregnant Black women throughout the South, when she found out she was pregnant for the first time shortly before the COVID-19 pandemic, she turned the lens on her own personal journey.

The complete list of artists included in the Brooklyn exhibition are:

The work is displayed along construction fencing surrounding Empire Fulton Lawn directly under the Brooklyn Bridge in Brooklyn Bridge Park. The exhibition opens on Tuesday, July 13 and will be on view through September 12, 2021.

We Women is presented by Photoville and Women Photograph