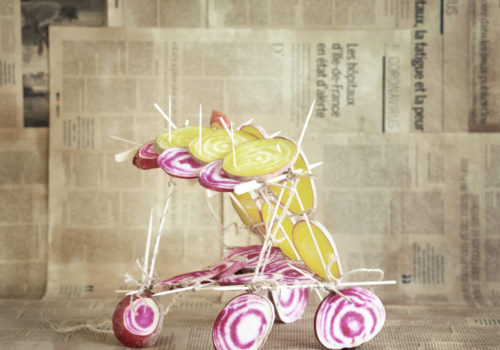 “As long as there are cabins deep in the woods, nothing will be quite lost. »Sylvain Tesson, In the forests of Siberia.

As a child, I built cabins. Cover between two doors, bric-a-brac leaning against the railing of a balcony or a vegetable garden, pallets tied up in the trees, my building fever quickly spread to shelters for injured birds, and in adolescence. The huts were reassuring armor for me, the place of my consolation. Behind their ramparts, the pages of a book, the raspberries stolen from neighbors, the tomatoes taken from the garden, everything became my treasure. By construction, however tidy it may be, I regained power. Between the arms of the refuge, however precarious it was, I let go.

In the cabin, nothing can reach you. Tears dry, anger still roars, but further. The storm recedes and the rain stops at the threshold. However, the shelter is not completely waterproof. Although it becomes more bearable, the reality of the world filters.

In mid-March 2020 – when our country, like the rest of the world, is in the midst of an epidemic expansion – national containment reminded me of the huts. Faced with the headlines punctuating daily life, having learned neither to heal nor to sew masks, I created shelters. To get through this period, I invented temporary shelters, precarious rafts, symbolic huts to make the world more habitable.

I chose to work with vegetables because they keep within them a distant trace of their environment, the corner of greenery. Food – the food we console ourselves with, the food we fear will run out, a major stake in the study of the collapse of a society that is all the more palpable in times of crisis has become my material of construction. These structures are photographed on the daily newspapers previously sorted and tinted. It is a question of evoking repetitive time and the new distances with which we must compose, of reinventing the forms of isolation to better endure it, of summoning – through still life – our interior landscapes when that of the window seems insufficient.

In 1773, during his Voyage to Isle de France and Isle de Bourbon, “The gift of a useful plant seemed – to Bernardin de Saint Pierre – more precious than the discovery of a gold mine and a monument more durable than a pyramid. As a child, I used to build cabins, and they still resist.