The Versailles Court of Appeal : Estate of Louis Ingigliardi vs BMN 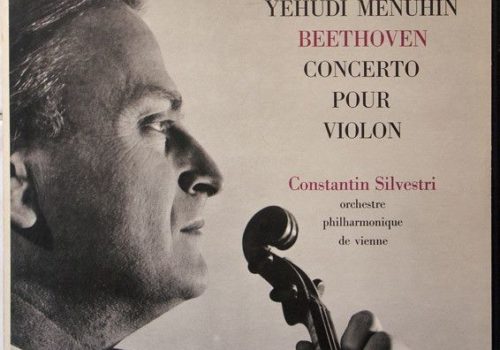 The Versailles Court of Appeal, is rigorous and precise in admitting the originality of the portrait of the violinist Yehudi Menuhin by photographer Louis Ingigliardi.

Photographer Louis Ingigliardi (1916-2008), known as Ingi, photographed the great violinist Yehudi Menuhin in January 1960, in one of his backstage rooms.  The same year, Ingigliardi’s photograph was used by the musician’s record company to illustrate the cover of a vinyl album dedicated to Beethoven’s violin concerto.

In 2016, on the occasion of the centenary of the birth of Yehudi Menuhin, the company BMN published an anniversary box set distributed by the company Warner Music France. This voluminous box set included 80 CDs, 11 DVDs as well as multiple illustrations of the violinist, including the photograph of Ingigliardi from January 1960 reproduced twice. The photographer’s widow denounced the unauthorized reproduction of this photograph as well as the improper use of credit mentioning “Warner Music Classics” and not the name of her late husband.

Assigned in 2017 before the Tribunal de Nanterre for infringement and compensation for moral and financial damage to the artist’s widow, Warner Music France and BMN before the Tribunal de grande instance were not convicted on the grounds that the photograph did not present the originality required to be protectable and protected, and does not give rise to the right of compensation for the benefit of the artist’s beneficiary. The first judges accepted the arguments of the record companies noting that “the choices of (Louis Ingigliardi) are conventional and do not allow him to stand out from other photographs”. The defendants argued in particular that the artist had not chosen the location, the lighting, or the setting and that neither the posture nor the technique used was original.

The Versailles Court of Appeal has just ruled in the opposite direction, in a very detailed and educational judgment of February 9, 2021 (19/01470).

Contrary to the tribunal, the Court considered that Louis Ingigliardi’s photograph presented “an original feature which justifies its being protected by copyright” and that thus, the artist’s widow was entitled to request a compensation for moral and financial damage for acts of counterfeiting and identity theft.

Preliminary, the Court recalled that “a photograph is original when it results from the free and creative choices of its author testifying to the imprint of the personality of its author” and that “these choices can be made before the realization photography, by the choice of the setting in scene, the pose or the lighting, at the time of the shooting, by the choice of the framing, the angle of view, the atmosphere created (…) ”.

More precisely, the advisers relied on the fact that “the positioning of his left hand waiting, on the neck of his violin of which only the upper part appears, goes against most of the photographs of famous violinists produced by the respondent companies ”.

After having successively analyzed and assessed each artistic choice of the author in the light of the legal criterion of originality, the magistrates concluded that “(…) the result from all of these elements is the proof that (Louis Ingigliardi ) performed through the sobriety of the staging, the suggested pose of the subject, the lack of representation of the instrument in its entirety, limiting it to the part on which lays the hand of the artist, the composition of the image crossed by a diagonal line, his work on framing and lighting, personal and free choices characterizing an artistic creation ”and that the work is the archetype“ (…) of an approach specific to (Louis Ingigliardi) expressing his personal sensitivity to music and his admiration for the artist (Yehudi Menuhin) ”.

Are therefore characterized the offenses of counterfeiting the work and usurpation of the name of Louis Ingigliardi alleged by his widow who obtained 8,000 euros as damages for moral and pecuniary damage related in addition to 8,000 euros for costs of procedure.

Confronted with an endless diversity of artistic creations and provided with a law that does not define it, it is up to the judges to define the originality of a work on a case-by-case basis. ‘they did it in a remarkable way in their judgment of February 9, 2021.

Julie RAIGNAULT, lawyer at the court

Gramond & Associés is a business law firm. In particular, it supports actors in the art market in securing their projects and defending their interests.