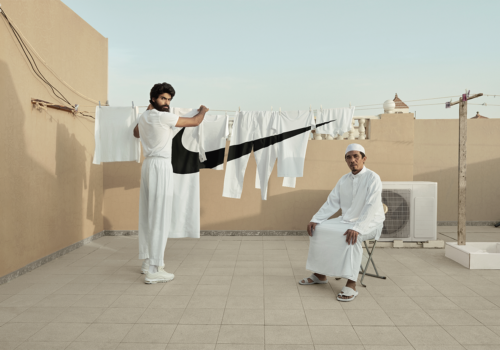 Art director and Saudi photographer born in Germany, Rayan Nawawi is now based in Jeddah.
After graduating from the Academy of Arts in San Francisco, Ryan Nawawi quickly opened his creative studio.
It is around the theme “Summer of white” that the photographer collaborates with Nike x Vice. His support: the famous Air Max 97.
In his series “Satellite Culture” that he imagines with the artistic director Ali Cha’aban, Ryan Nawawi builds a very 90’s aesthetic -before the internet air-, he represents one by one simple objects that go through time: a dishdasha (traditional Arab dress), a mini-fridge, a satellite, and finally a pair of Nike Air Max 97. His work is simple and effective, and the message is obvious.

In collaboration with magazines such as Vogue or Vice, and brands such as Nike and Calvin Klein, Nawawi has made a place for himself in the world of visual art. He regularly showcases brands that uphold the values of Arabian aesthetics. His images express a strong identity of meaning around a minimalist artistic conception.

Your first photographic click ?
Rayan Nawawi : I grew up as a kid taking random pictures with various digital cameras, and since 2004  with a professional camera.

The man of images who inspires you?
Rayan Nawawi : My father, he is an orthopedic doctor and used to have lots of cameras when I was young and that was my start as a kid taking pictures.

The image you would have liked to make?
Rayan Nawawi : Hejazi Dome. The Mythical Practice of Building Domes. 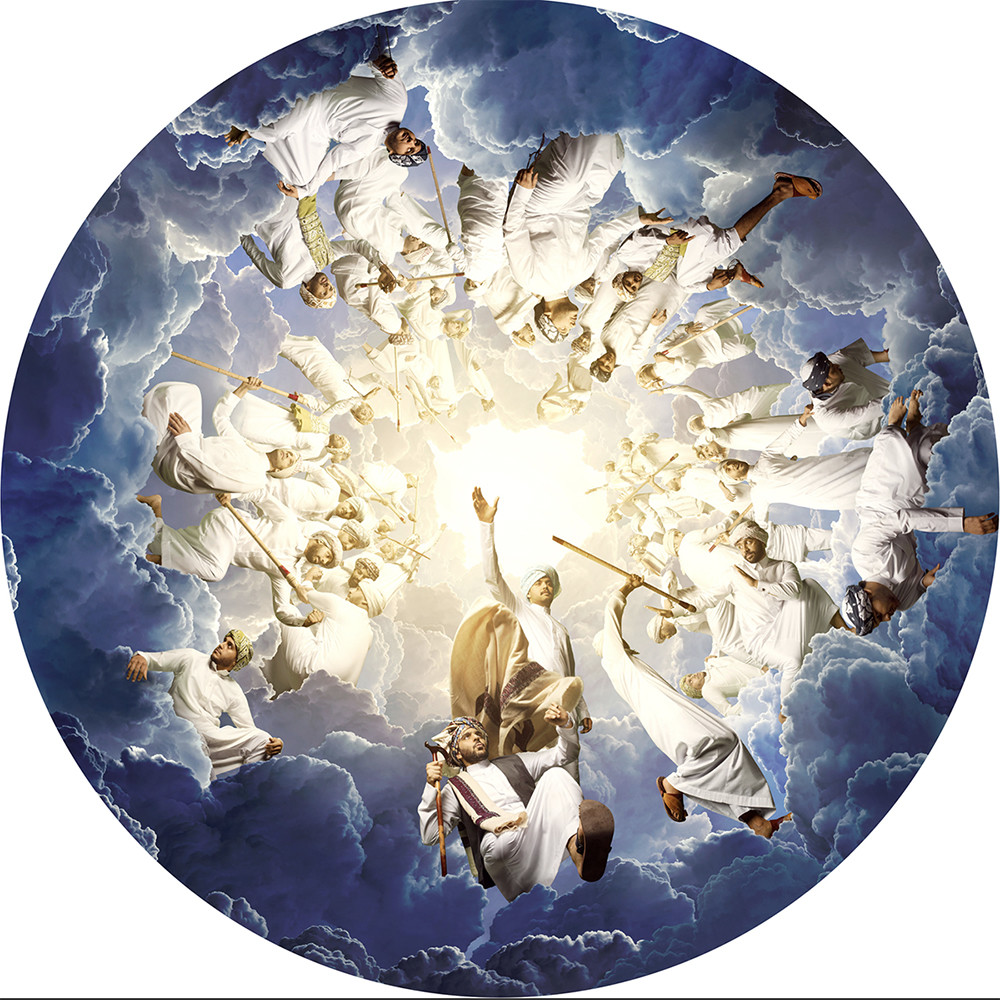 The one you regret you didn’t made ?
Rayan Nawawi : None yet.

What moves you?
Rayan Nawawi : Waking up and trying to be better than yesterday.

And what makes you angry?
Rayan Nawawi : Working with people just to get the project done.

If among your images you had to choose only one ?
Rayan Nawawi : Nike Satellite Culture in 2017.

The quality needed to be a good photographer?
Rayan Nawawi : Keep playing with the camera until magic happens.

The secret of the perfect image, if it exists?
Rayan Nawawi : The perfect image is the one which tells a story when you look at it and keep staring at it.

The person you would dream of photographing?
Rayan Nawawi : No one.

The camera of your beginning?
Rayan Nawawi : The first DSLR camera I owned was Nikon D80.

The one you use today?
Rayan Nawawi : Leica Mirrorless Full-Frame Camera.

Your favorite drug?
Rayan Nawawi : My passion for photography.

The best way to disconnect for you?
Rayan Nawawi : Being in a dark room, with one dim light source.

The job you would not have liked to do?
Rayan Nawawi : Working as a banker.

Your greatest extravagance as a photographer?
Rayan Nawawi : Only shooting projects I like.

The values you wish to share through your images?
Rayan Nawawi : Anything in my images that relates to me and my culture.

The city, country or culture you dream of discovering?
Rayan Nawawi : Iceland.

The place you never get tired of?
Rayan Nawawi : Anywhere where I Can spending my time alone.

Your biggest regret?
Rayan Nawawi : I don’t remember anything.

Color or B&W?
Rayan Nawawi : Color everyday, and black and white with my Leica on my days off.

The most photogenic city according to you ?
Rayan Nawawi : Tokyo, I have never been there, but I can feel everything looks interesting and different.

If God existed would you ask him to pose for you, or would you opt for a selfie with him?
Rayan Nawawi : I just would like to thank him.

What is missing in today’s world?
Rayan Nawawi : Humanity.

And if everything was to be remade?
Rayan Nawawi : I would prefer to keep doing what I am doing rather than re-do it again.