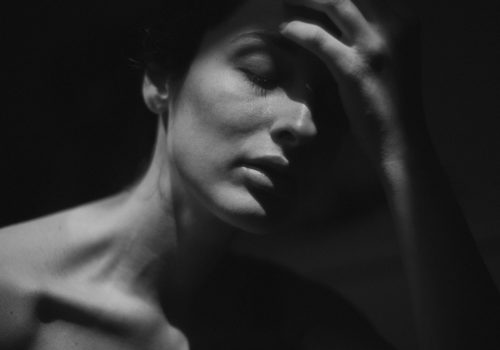 Art is a field that she has been passionate about since she was very young. Photographer, model, but also exhibition designer, she has turned her versatility into a strength.

Graduated with a Bachelor’s degree in Performing Arts, she has, in parallel to her studies, worked alongside professional photographers who have perfected her training.

At 20, she became a photographer for the city of Puteaux. Attached to the communication department, her photos will be used to feed the city’s newspaper, its website and its social networks for a year.

Then she decided to fly on her own and had the opportunity to realize a photo reportage during the 10th edition of the Festival “Nanterre sur scène”.

Constantly looking for new adventures and creativity, she started, at the same period, a personal project dedicated to “Silver” women, which she called “Ainsi soit-elles” (a series compiled in a first book published by Kiwi), a visual, feminine and authentic research for which she draws her inspiration from meetings, thus composing the portrait of a generation in need of representation. Her wish: to deconstruct the stereotypes linked to the age of the women who pass in front of her lens and express another aspect of their personality.

She works on instinct, on impulse and loves the mysterious and elusive side of B&W, takes the time to observe and knows how to be discreet while being close to people.

Ema Martins: There were several triggers before that but I will say… getting my first camera when I was 18. Then a few months later, I met my boyfriend (himself a photographer) who taught me all about photography.

The image that you would have liked to make?

Ema Martins : The portrait of Jeanne Moreau by Peter Lindbergh. 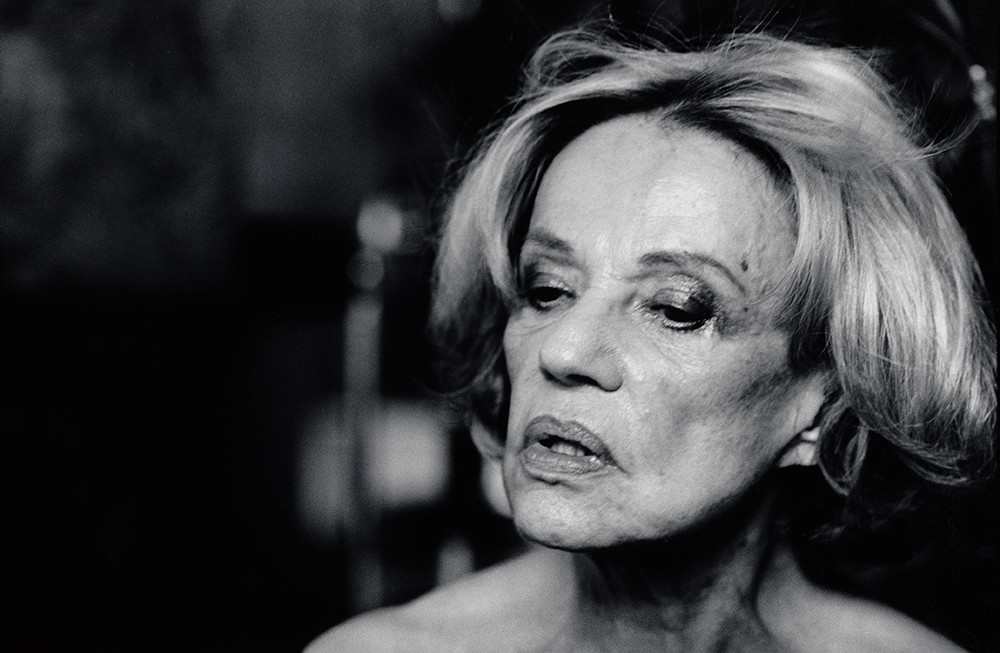 Ema Martins: I remember a photo that I think we studied in high school. It was “The Little Napalm Girl” by Nick Ut.

Ema Martins: It’s not one, but all these images where people and especially young women are retouched to excess, until no one can recognize what they are in the natural. The new generation, model or not, publishes photos where sometimes the retouching or filters are extreme. Being also a model, I saw my face transformed by photographers and no longer recognized myself. The photo itself was pretty. There was no need for all these tricks. So, retouching, filters, I’m not against it at all, but to be used in moderation.

Ema Martins: “The kiss at the town hall” by Robert Doisneau. One of my favorite pictures and the one I discovered first. 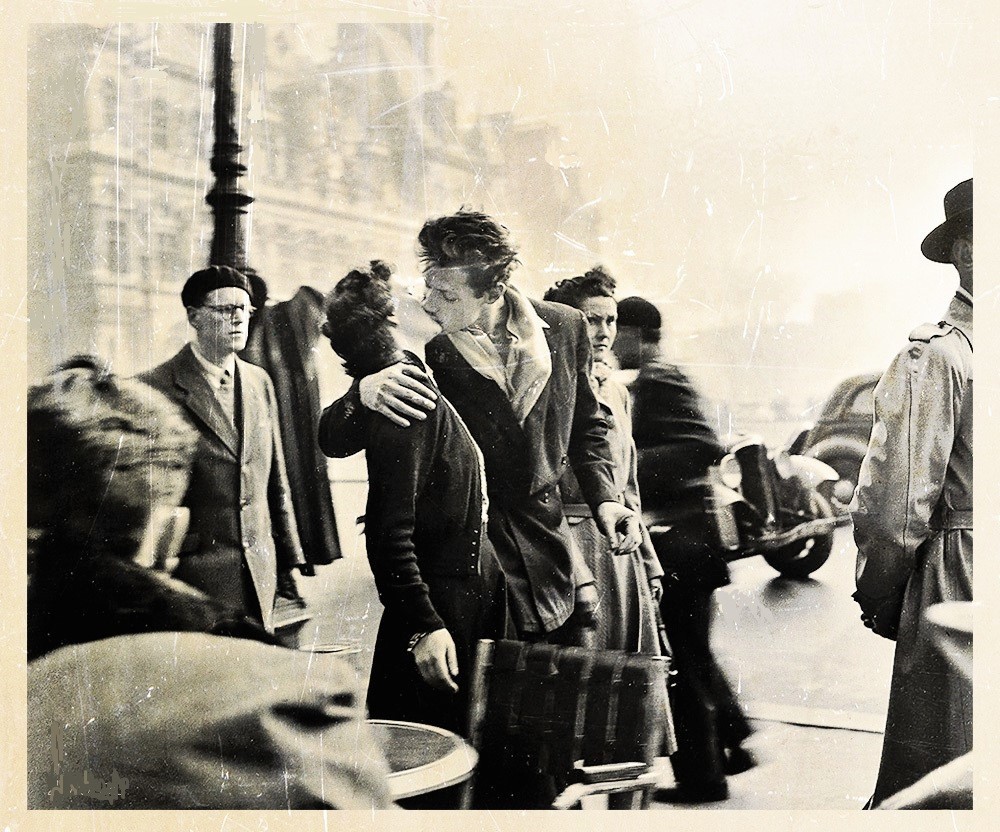 What is for you the perfect image, if it exists?

Ema Martins: I would say, a B&W photo, a little bit of blur and movement, letting go and a lot of mystery. It has existed many times, especially with traditional photography.

Ema Martins : There are many! But for the wink of an eye, I would say Iris Apfel, as I go along I would change her completely and bring her into my universe “Ainsi soit-elles”.

Ema Martins: Irving Penn, “The Centennial” for the beauty of his fashion portraits and his mastery of studio photography. 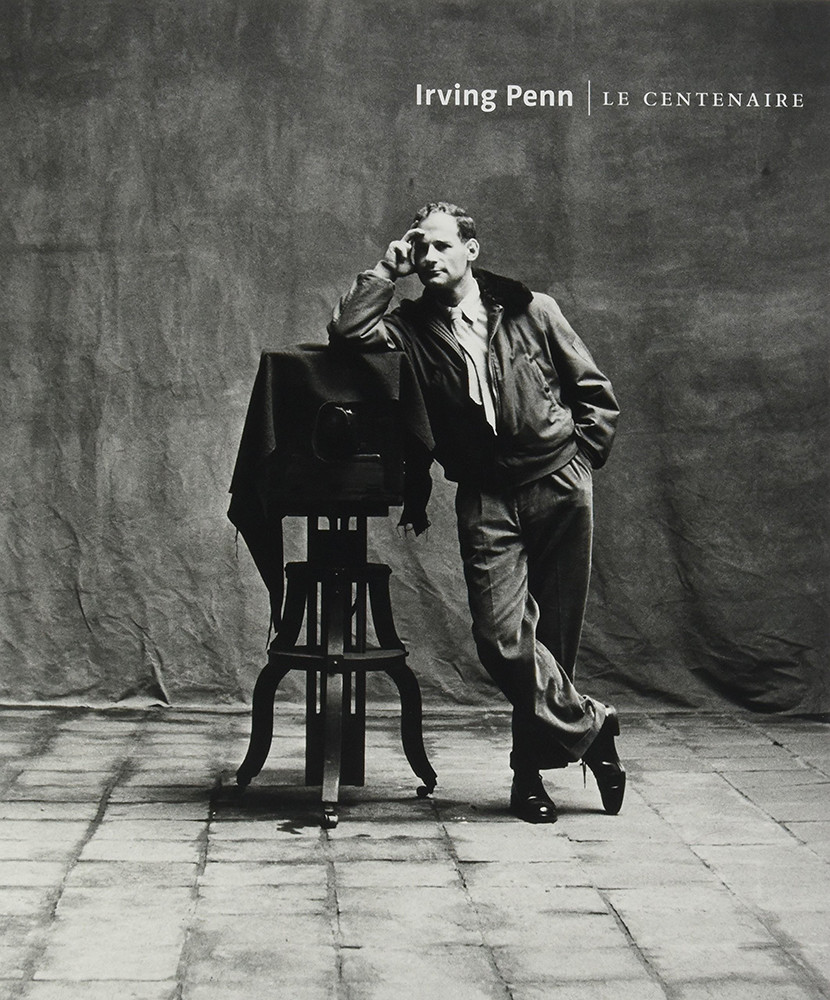 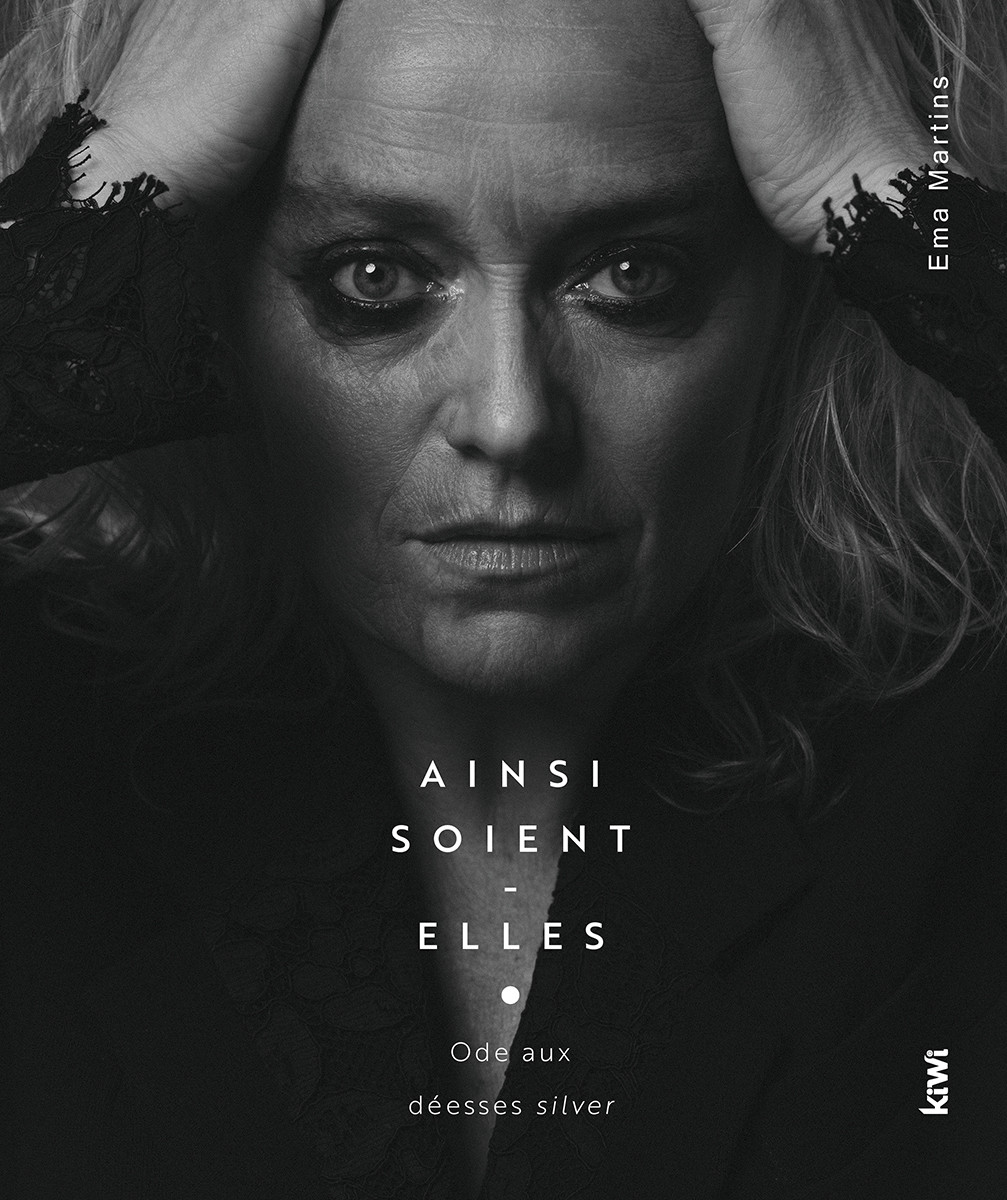 Ema Martins: Everyday, walking in the streets of Paris, going to see the Grande Dame, it’s silly but it makes me feel good. Or going to a new country for several weeks. A total disconnection after a good year of work.

What is your greatest quality?

A picture to illustrate a new banknote? 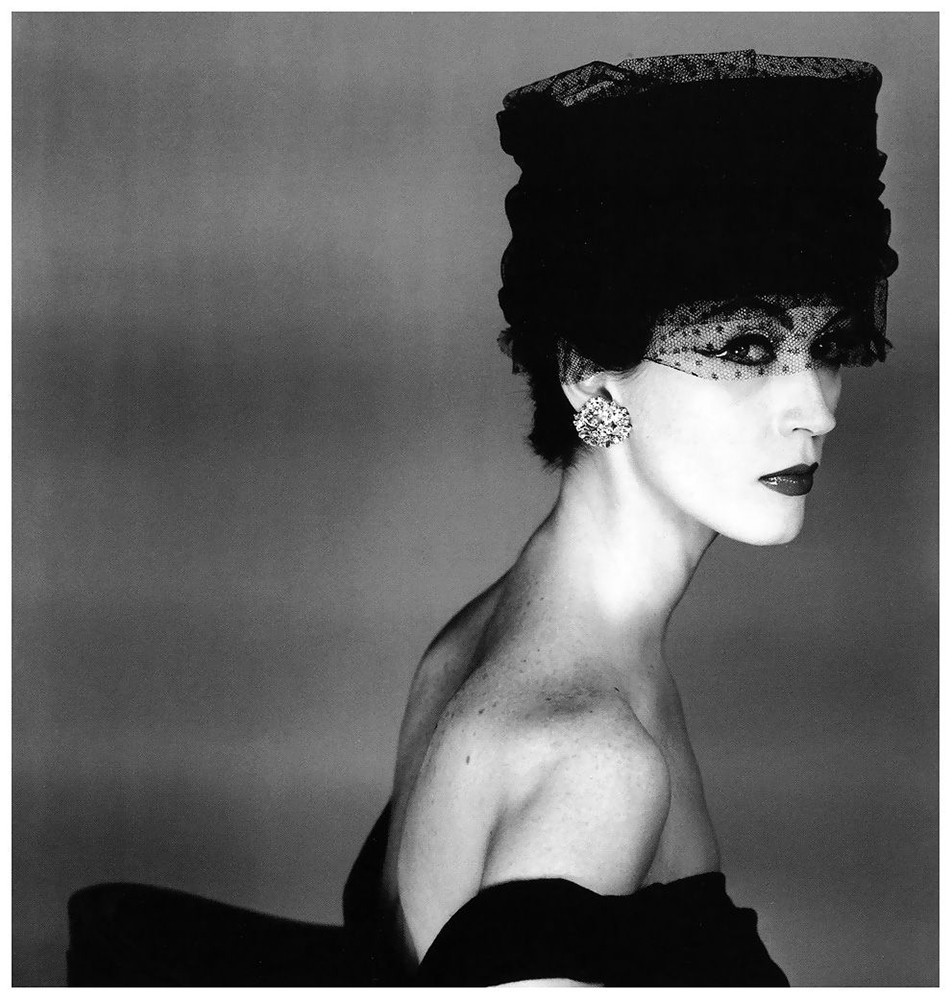 Ema Martins: It’s not so much a job as just being behind a desk from 9am to 6pm, 5 days a week. I love the unexpected and the idea that I can manage my schedule however I want.

Ema Martins: When I photograph my models, I am very often sitting on the floor in my socks or lying down. Like a real child photographing people, very often old, and many women. Is it really extravagant…?

What values do you want to share through your images?

Ema Martins: I am looking for diversity, to show a moment and especially to affirm that there is no age to undertake and to emancipate oneself. I photograph women over 40. With my series “So be it”, we see life, wrinkles, white hair, emotion. Sometimes it is dark, sometimes it is destabilizing. It challenges. I have been asked a few times why women don’t smile? My answer is that smiling is easy and that what I am looking for is a strength, an emotion, a truth.

Ema Martins: England, London, I still haven’t been there and I dream about it!

Ema Martins: A photo studio. I dream of having my own studio. There would be photoshoots, events. It would feel like home!

Ema Martins: Not having seen Charles Aznavour in concert.

Ema Martins : New-York, a trip I would like to make…

Ema Martins: I would photograph him, he’s a Silver!

Ema Martins: The photo N°6 in 1989 by Mackû Michal, a Czech photographer, that I discovered in the book “Photography of the 20th century”. The man is from behind, the photo paper torn at the level of his head, one feels a certain tension.

He made these experimental photographs at a time when there was economic and political upheaval. Many people were then asking themselves existential questions, a bit like today with Covid, which for two years has forced us to tame anew the world in which we live. 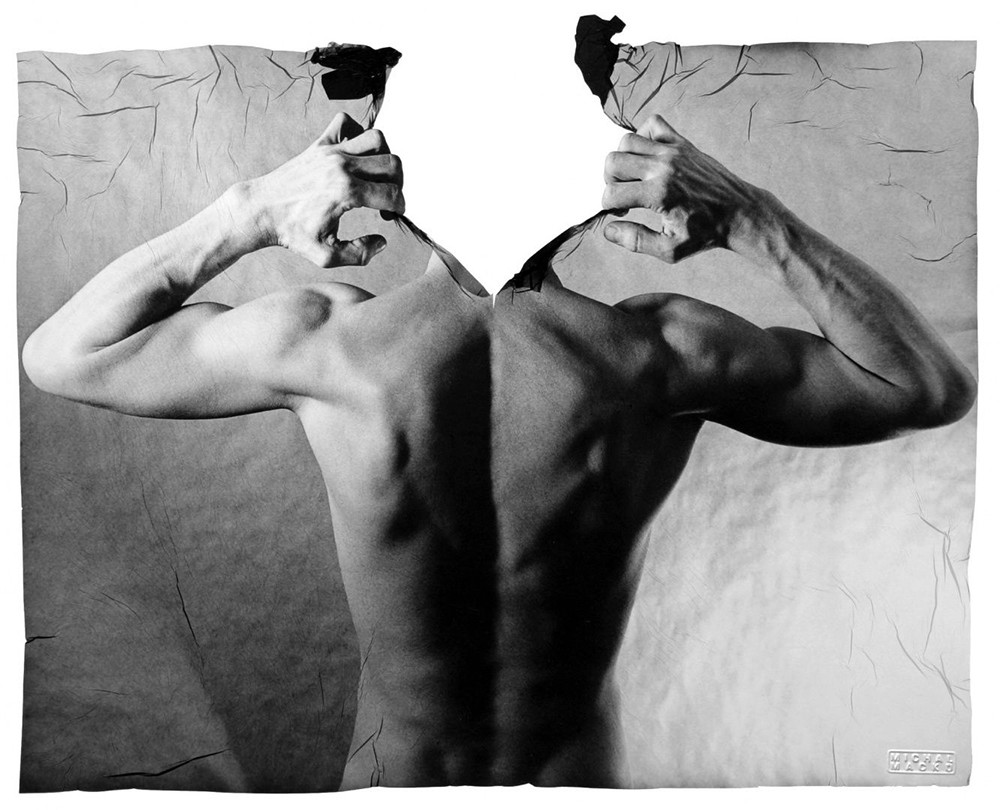 Ema Martins: As far as I’m concerned, I would do it all again! I was surrounded by people who made me discover the world of photography and I fell in love with it.