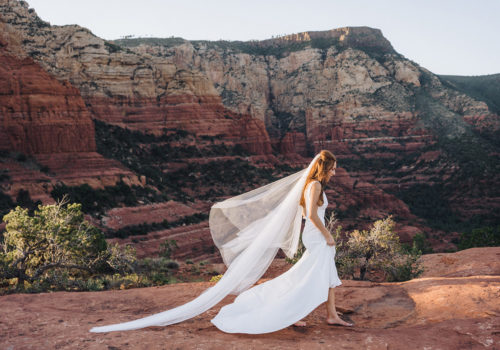 A little bit of softness in this rough world !

I discovered Cameron Clark‘s work through the images she made of the designer Marc Ange and his wife during their wedding. There was something different about them. Her images were full of sweetness and love. Moments captured discreetly and without intrusion.

I thought again about these images when I decided to make March a month dedicated to women, and I also wanted to share with you a little bit of poetry and tenderness, while the world is going through hard times.

But back to Cameron Clark…

Her roots in photojournalism make her a versatile photographer, as she likes to say. Her obsession: telling stories. Nothing scares her Helicopter ride? Rock climbing? Mountain biking? She loves it. Her sense of humor allows her to adapt to any situation, even the most difficult. Obsessed with fashion, fitness, travel, art history and theater, she compares her photographic style to Vanity Fair meets Telluride.

Whatever she does, she believes in creativity, in the beauty of spontaneity and in doing whatever is possible with passion.

Specializing in wedding photography, among other things, she doesn’t approach this precious moment like most photographers: “My experience as a photojournalist leads me to capture candid and authentic moments. So when you look back on your wedding, you see images that bring back all the emotions.”

A committed woman with a passion for the environment, she is also very proud to be a member of “1% for the Planet”. In fact, 1% of her gross sales is donated to environmental causes that she is passionate about.

Your first photographic click ?
Cameron Clark : In high school I was not able to take a black and white photography class during the year due to a conflict. Mr. Bieze met with me over the summer and taught me the basics of photography and darkroom. My first clicks were that summer.

The man/woman of images who inspires you?
Cameron Clark : A friend of mine, Rebecca Kiger, inspires me. She shifted her entire life while raising her daughter to become a documentary photographer and photo educator in West Virginia. She is brave, she is humble and so talented.

The image you wish you had made?
Cameron Clark : I try not to envy other people’s work but instead support my fellow artist. I love everything Anna Kuperberg has ever shot. What an eye!

The one that moved you the most?
Cameron Clark : First image that came to mine is an image my friend Dawn Kish made when we euthinized my sixteen year old dog at our house. It’s my family sobbing and holding her as she passed away. Next frame is my youngest with her finger touching Kaibee’s paw.

And the one that made you angry?
Cameron Clark : Last year an image by Leah Millis at the Capitol siege of people scaling the wall by an arched doorway.

A key image in your personal pantheon?
Cameron Clark : My two kids as toddlers sitting at a table with their legs intertwined. It’s important to me that I teach my children to be confident, kind, humble, and generous. My greatest achievement will be raising them to be good humans. After I do that, I hope to reinvest in documentary work.
Or perhaps a photo I made in Utah where the man is asking his girlfriend to be his wife. An epic proposal in an epic location.

The quality needed to be a good photographer?
Cameron Clark : Humility, approachability, and confidence.

The secret to the perfect image, if it exists?
Cameron Clark : I am not convinced a perfect frame exists but attempting to capture great composition requires patience, anticipation and intuition.

The person you would dream of photographing?
Cameron Clark : Katy Perry or Oprah, toss up.

The camera of your early days?
Cameron Clark : Nikon N90s and I still have my Nikon F5

The one you use today?
Cameron Clark : Sony A73— one of the best cameras I’ve used. I am looking towards their A1 as a 2022 purchase.

The best way to disconnect for you?
Cameron Clark : Turn off the wifi or get on my mountain bike.

Your greatest quality?
Cameron Clark : My ability to bounce back quickly from a hard situation or conversation.

An image to illustrate a new bank bill?
Cameron Clark : Sojourner Truth or any Black woman striving for equality and racial justice.

Your biggest extravagance as a photographer?
Cameron Clark : Travel. I like to spend money on experiences.

The values you want to share through your images?
Cameron Clark : Authenticity, love, truth.

The city, country or culture you dream of discovering?
Cameron Clark : Africa and South Asia. I dream of returning to Europe. I am hoping to complete my Italian citizenship and eventually spend some time living in Spain or Italy.

The place you never get tired of?
Cameron Clark : San Francisco, CA.

Your biggest regret?
Cameron Clark : No regrets. I try to live in the present but currently if I had one regret it’s that I am not capturing enough ‘real’ photos of my daily life with my real camera. My personal editing and printing is always behind and I always regret that. For example, sixteen years later and I don’t have a wedding album from my own wedding.

Instagram, Tik Tok or snapchat?
Cameron Clark : NEITHER! I find all social media to be a time suck and I am susceptible but also at an age where it doesn’t resonate within my friend group so it’s not as fun. If I didn’t have to have social media for work, I probably would not have a smart phone. I think the smart phone keeps me from bringing my real camera everywhere and I hate that. I have documented too much with the iPhone and it’s all stuck in a cloud. SOS.

Color or b&w?
Cameron Clark : Both. Always striving to be a better black and white artist. Since going Sony, I really appreciate the ability to capture without a flash in low lighting situations and convert to black and white. It’s glorious.

The most photogenic city in your opinion?
Cameron Clark : Prague.

If God existed would you ask him to pose for you, or would you opt for a selfie with him?
Cameron Clark : I would never ask any celebrity for a selfie. I don’t think it would be possible to capture a higher power but if I met God, I’d love to sit down and have a coffee with her.

The image that represents for you the current state of the world?
Cameron Clark : I took an iPhone image in an airport last year of two water fountains with plastic bags over them. I didn’t have time to wait but I imagined someone walking up to that scene with a KN95 mask and turning away. That is 2021.

What if everything had to be done over again?
Cameron Clark : I would be smarter with my money at an earlier age. I would pay off my mortgage to have more freedom and more disposable income to invest, donate and travel.