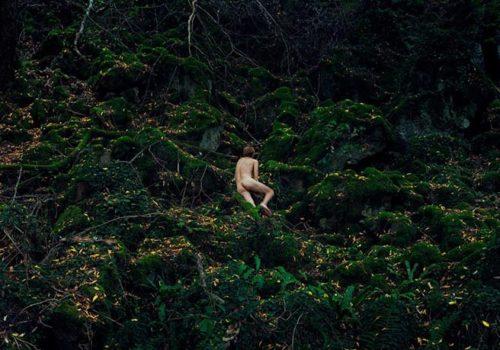 The Little Black Gallery announces that Italian photographer Jacopo Paglione is the winner of its BOYS! BOYS! BOYS! Photography Competition with his series Milza.

The runners up, who were highly commended by the judges, were Michael Joseph and Callum Leo Hughes.

The BOYS! BOYS! BOYS! Photography Competition is part of the platform from The Little Black Gallery committed to promoting queer and gay fine art photography.

Images play a vital role in telling important stories, and photography has proved a powerful force in inspiring and promoting the queer and gay community.

Whilst all the winning images by Jacopo, Michael and Callum feature in the new BOYS! BOYS! BOYS! The Book to be published by Kehrer Verlag in April.

The judges were The Little Black Gallery co-founder Ghislain Pascal and photographers AdeY and Paul McDonald.

Ghislain said: “The quality of entries was exceptional. So much so that not only are we now working with Joseph, Michael and Callum, but also two other photographers who entered the competition. There is so much talent out there and we are delighted to provide our unique platform for queer and gay fine art photographers that doesn’t exist anywhere else.”

Jacopo´s Milza series, including his winning entry, is now showing on BOYS! BOYS! BOYS! at www.boysboysboys.org

‘The living form needs deep shadow if it is to appear plastic. Without shadow it remains a two-dimensional phantom, a more or less well brought-up child’. C. G. Jung, 1916

In the human body, the spleen is the organ appointed to identify physical effort: it hurts after a long run, a strenuous journey, a winding climb. It is the spleen that warns us about our state of pain when we are resting, or recovering.

Jacopo Paglione’s subjects are surrounded by static, motionless, almost hieratic landscapes, yet in our perception the rush of their emotions, the shortness of their breath, their physical, emotional and cognitive stress emerges in all clearness. The nudity is used to underline their tense muscles or a brief moment of rest before the next immediate action, before their collision with the enormous and hostile enclosing setting that calls, loudly, for a confrontation, for a challenge with the darkest part of ourselves. Without this part, as extremely heavy and bulky as it is, we would be just two-dimensional figures, crushed by the surrounding immensity.

The bodies portrayed in Milza, Italian for spleen, are, on the other hand, strongly plastic, carnal; they do not capitulate when compared to the vastness of the surrounding environment they find themselves in and, instead, as last men on Earth, alone and unique, they force their presence in a wild and unwelcoming context – it does not matter whether natural or urban, since it lacks any human presence: the artificial buildings are abandoned, forsaken, like they were never really inhabited.

Through photography Jacopo Paglione faces his own Jungian shadow, the one that forces us to deal with our most hidden and horrific self. It climbs down steep paths and over ruins, it crawls up avoiding any root that could make it stumble along this path of connecting the more and the less rational aspect of the self, the more and the less adequate. The arduous territories that he chooses as background of his depiction are minutely studied and explored, analyzed in every single leaf and in every iron tube to obtain the precise internal landscape where his Shadow crashes into his Person.

The detachment between the real body and the artificial scenery of the surrounding non-place results in his use of light, that defines the scene as a dreamlike space. Like a spotlight, it highlights the subject by stressing out his weakness or by outlining a way out, a glimmer of possibility, of reconciliation. The conflict that takes place in the dream is the one between the conscious Ego and the repressed self that claims recognition and inclusion in a new and brighter construction of the self.