The Gallery at Dobbin Mews : In Ukraine 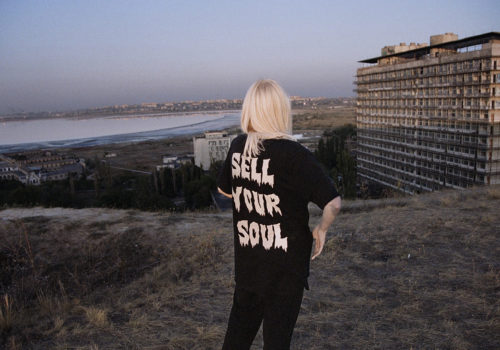 In Ukraine is an exhibition of photographs, videos, paintings, books, and news clippings that provides a larger understanding of Ukraine and its people through work made primarily by Ukrainian artists and documentarians.

It is also an expression of solidarity with the Ukrainian people as they respond to a horrific invasion initiated by the Russian government that has caused untold casualties. Visitors to the gallery can donate money directly in support of those in Ukraine; a list of charities providing essential support will be available. Also, a gallery wall will be dedicated to visitors wanting to write messages and post images of solidarity.

IN UKRAINE opens on Saturday, March 12, from 3-7 pm at The Gallery at Dobbin Mews, 50 Dobbin Street in Greenpoint near McCarren Park, where it will stay until May 8. It is open Friday-Sunday from 2-6 pm. Plans are also being made to have similar exhibitions in other cities around the world.

With the support of PICTO, New York.

Volodymyr Benedychuk
Volodymyr Benedychuk is a visual and sound artist, ethnographic researcher, and professional mountaineer based between Kyiv and the Western Ukrainian village of Kosiv. He is also a founder of Basny Rugs, a brand merging Carpathian weaving tradition with a modern visual language. He creates his symbolically and mythologically charged photographs during long backpacking expeditions in the hard-to-reach areas of the Carpathians. He has participated in several exhibitions, including one at Kyiv’s major Mystetskyi Arsenal gallery in September 2018.

Maxim Dondyuk
Born in 1983, Dondyuk started his career as a photojournalist in 2007. His long-term projects include Uman, Rosh Hashana (2008-2012), The Crimea Sich (2010-2013), and TB Epidemic in Ukraine, (2010-2012), as well as the more recent Culture and Confrontation ( 2013-2014), published as a book. He has presented his photographs in Arles, Paris, and Minsk, published in numerous European magazines, and received a number of awards for his work. He is currently working in Ukraine.

Ira Lupu
A co-curator of this exhibition, Ira Lupu is a photographer, multimedia artist, and writer born in Odessa, Ukraine, and currently based in New York City. Her recent project “On Dreams and Screens” explores the psychological aspects of virtuality through the experiences of a group of female online sex workers in Ukraine. Initially supported by the Tbilisi Photography & Multimedia Museum, the project was published in the British Journal of Photography, Vogue Italia, i-D, and exhibited at the Copenhagen Photo Festival, Bristol Photo Festival, Verzasca Photo Festival, and Odessa Photo Days, and most recently at the Rotterdam Art Week.

Justyna Mielnikiewicz
Justyna Mielnikiewicz is a Polish photographer based since 2003 in Tbilisi, Georgia. Her works have been published by The New York Times, Newsweek, Le Monde, Stern, National Geographic, and the Wall Street Journal. In 2016, she received a grant from the W. Eugene Smith Memorial Fund. She devotes herself to personal, long-term projects often published as books such as Woman with a Monkey (2014) and Ukraine Runs Through It, shortlisted for the Paris Photo/Aperture Best Book award in 2019.

Chiara Negrello
A freelance photographer born in Rovigo, Italy, Chiara Negrello pursues projects on social and environmental issues in Italy and has photographed migrants in Bihac, on the border between Bosnia and Croatia. Her multimedia project “Like the Tide” was published by National Geographic. Her current project is on the lives of Ukrainian women who immigrated to Europe to work as caretakers.

Sylvia Plachy
Born in Budapest, Sylvia Plachy lives in New York City. Formerly a staff photographer for the Village Voice, she is now a contributing photographer for the New Yorker. Her moody, poetic photographs have appeared in The New York Times, Fortune, Art Forum, Granta, Grand Street, and many other publications. A Guggenheim Fellow, she is the recipient of a Lucie Award and recently received the Erich Salomon Lifetime Achievement award. Her photographs are in private collections and numerous museums. She travels and photographs regularly in Eastern Europe.

Elena Subach
Born in Chervonohrad, Ukraine, Elena Subach lives and works in Lviv. Previously a textile designer, her work mixes documentary, staging, computer editing, and handcrafting. Her previous series, The Sacrifice and Silent Histories explored her experience of growing up in provincial Ukraine. Her recent series, Grandmothers on the Edge of Heaven, explores the lives of grandmothers. Many of the portraits were taken during the Farewell, a religious celebration that invites Christians to atone for their sins. Subach has taken part in numerous group art projects and exhibitions in Ukraine, Poland, Germany, Great Britain, etc.