The fury of Provoke takes over Le BAL 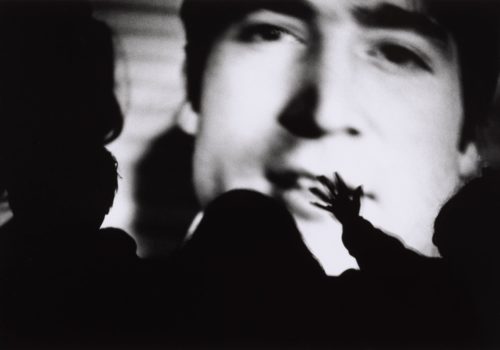 Exhibiting the printed page in all its forms is always a challenge, and Diane Dufour, director of Le BAL, assisted by an international research group assembled for the occasion, has taken up the gauntlet with all her passion for communication. The three issues of the short-lived cult magazine Provoke, published between 1968 and 1969, set off a veritable earthquake in Japan, fueling social turmoil with unprecedented rage. In the context of a general sense of frustration with the continued presence of American troops in the country, massive seizures of farmland for the construction of the Narita Airport, and the escalating war in Vietnam, public opinion had radicalized. Women would tie themselves to trees, students called for boycotts, and artists took over the streets.

With its innovative graphic design, radical and dynamic layout, experimental framing, and quasi-cinematic composition, “Provoke Between Protest and Performance” (the title of the exhibition) brings together the best of the energies of resistance centered on photography reduced to extreme shooting conditions . Takuma Nakahira, Jiro Takamatsu, Kazuo Kitai, Koji Taki, Shomei Tomatsu, and Daido Moriyama are among the celebrated cameramen to have adopted this subversive strategy, deploying a raw and fragmented aesthetic of flux.

The three-part structure of the exhibition reflects the exuberance and profusion of artistic practices and spans both levels of Le BAL. We plunge headlong into a “terrible time” which, amid chaos and confusion, is a rallying cry for poetry to rethink the world.

“Provoke was an inspiration to me. It went unnoticed by most people, but this movement had the effect of a bomb.” – Nobuyoshi Araki

Exhibition catalog is co-published by Steidl, Le Bal, Winterthur Fotomuseum, and the Albertina.

Related events: Daido Moriyama’s installation Scandalous on view at the train station Paris-Est; a two-day-long series of meetings and discussions, co-organized with Inalco, hosted by the Maison de la Culture du Japon and Paris-Photo; and screenings of experimental films selected by Go Hirasawa.