Frazier King : The Collector’s Eye – A Photographer’s View of His Contemporaries 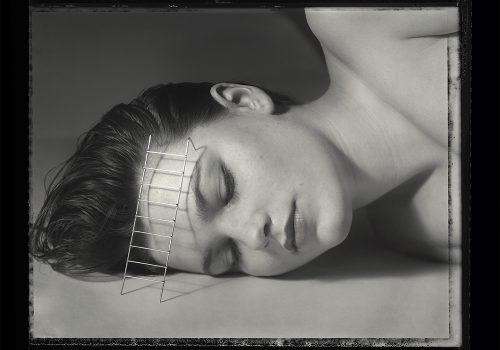 “To collect photographs is to collect the world,”
– Susan Sontag

This book showcases the remarkable collection of photographic prints, built by Frazier King. It was brought to the public view by Wendy Watriss, one of the founders of FotoFest, and is a visual and written exploration of the constructed photograph as created in the last decades of the 20th century and the first decades of the 21st century.

The narrative explores how Mr. King’s own work with this type of image has resulted in a collection of constructed photographs and explains the varied nature of this category of image. The reader gets a personal and inside glimpse of the dynamics of photographic reviews such as FotoFest Meeting Place and how artists, collectors, and curators interact in this venue and the relationships they form.

In addition to an essay by Mr. King this volume includes an essay by Wendy Watriss, co-founder and Senior Artistic Advisor of FotoFest, on the significance of collecting and the role of the collector. The third essay is by Madeline Yale Preston, an independent curator based in London, who addresses the role of the collector as curator and the historical evolution and importance of the constructed photograph.

Frazier King discusses the photographs in groups according to the methods of construction and, as a collector, gives his interpretation of each one of them. His collection includes prints by Roberto Fernández Ibáñez, Jerry Uelsmann, Diane Ducruet, Milan Fano Blatný, known as Fano, and others, who constructed their photographs in the printing process. The largest portion of the constructed photographs in King’s collection consists of prints resulting from a construction in front of the camera – Elaine Duigenan, Pavel Baňka, John Chervinsky, and Susan Dunkerley Maguire are just a few, who bring inanimate objects to life, play with scale, use scanners rather than a camera and use unusual materials to physically construct a representation of a particular object or series of objects.

Frazier King lives and works in Houston, Texas. He has exhibited widely in the U.S., Europe and South America and is included in a number of significant museum collections. In addition, Mr. King has served the photographic community through his 15 years as a member of the Board of Directors of the Houston Center for Photography. Since the early 2000’s Mr. King has been an avid collector and has spoken about collecting in a variety of venues.

Frazier King : The Collector’s Eye – A Photographer’s View of His Contemporaries