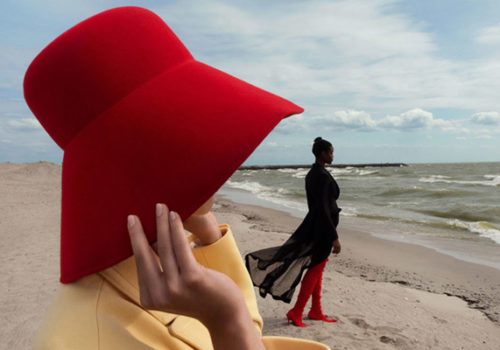 The Eye of Photography presents on a monthly basis features of The Agents Club such as their Insta News, Master Series or Profiles.
This is : Sarah Van Rij

Born in Holland, Sarah Van Rij is a self-taught photographer and visual poet with an incredible eye for detail. She currently lives between Amsterdam and Paris.

She first worked as a creative director in Amsterdam, where she was responsible for in-house photography but eventually leaving to concentrate solely on her work.

Sarah is now known for her street and narrative photography. Drawing influence from other artistic fields such as painting or cinema, Sarah Van Rij has developed a clear visual signature.

Her unique framing, saturated colour and varied depth of field, sees her lifting the seemingly mundane and ordinary into something magical, telling entire stories within a single frame, often with only the faintest traces of human form.

Sarah has been selected by the Photography Museum Foam as their Foam Editions in addition to the Brassai exhibit last year from September to November.

Sarah van Rij and David van der Leeuw have just released their new project “A City Fantastic”, a love letter to New York City. The couple became enamoured with the city during the Covid-19 lockdown, and travelled there when restrictions lifted to capture its streets with renewed perspective.

First published by The Agents Club.

The Agents Club, founded in 2018 by Alexandre and Wanda Orlowski, is a unique mobile platform showcasing the most sought-after photography agencies worldwide and the exceptional image-makers they represent, offering a continuously updated and highly curated snapshot of the latest high-end visual creation.