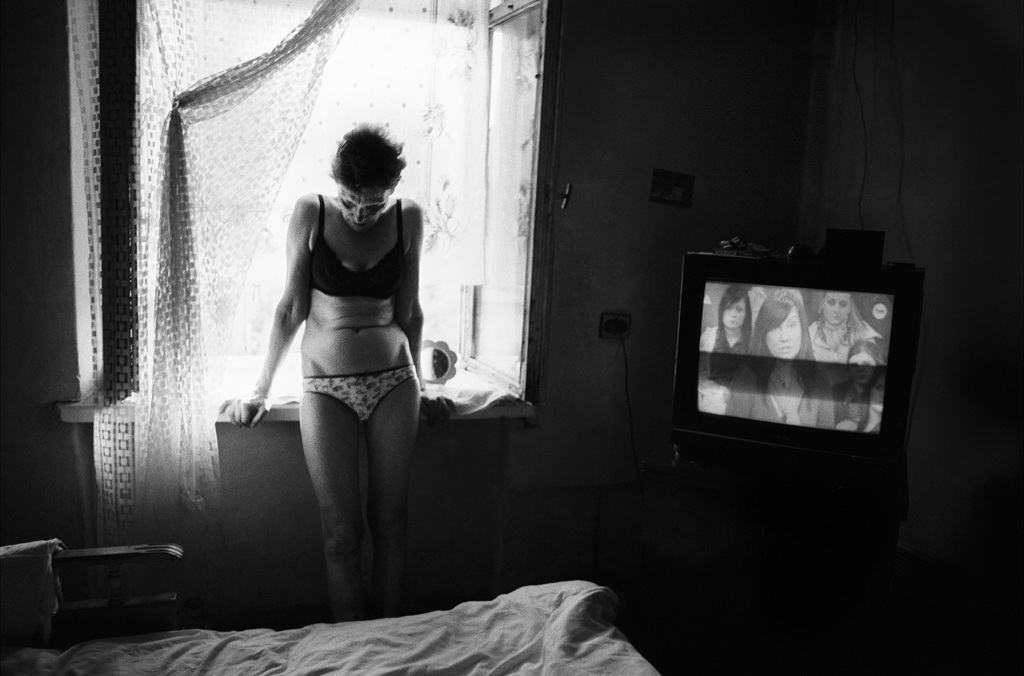 Founded in 2011 in partnership with Fotografiska, the Swedish Museum of Photography, Stockholm Photography Week 2012 organized an international portfolio review. The prize for best portfolio was awarded to the Polish photographer Maciej Pisuk, for the series Under the skin. Photography from Brzeska Street.

While living in Praga—considered one the most dangerous neighborhoods in Warsaw—Pisuk began taking pictures of its inhabitants. With its poverty and neglected appearance, the image of Brzeska Street and its surroundings fits perfectly with the image of other “disreputable” neighborhoods that reported—sometimes dubiously—in the press.

“The inhabitants of Brzeska had, to put it mildly, an “allergic” reaction to the sight of people with cameras appearing more and more often in their neighborhood.”
Photographers are not a rare sight in the neighborhood. They’re out looking for a scoop, for pathos.

Pisuk’s approach is different. He started shooting at random, instinctively. His grainy, black-and-white portraits let us see the inhabitants of Praga. On the margins of society, stigmatized, they are above all his friends.

“I only photograph people that I know and stay in close touch with.”

Pisuk enters into their private lives.
While shooting, he strives to make his camera invisible in order to reveal their “true” faces.

“The protagonists of my photographs possess something unusual: they have faces. I could risk and state that today almost nobody shows their face and there are only a few people who still have them. The face disappears under layers of masks, which are adjusted to the roles that we are forced to play. We change our masks as easily as we change our identities. In public, we only present the image that we shape according to our needs. Our contacts stop being direct.
Sometimes we communicate with each other but we are not able to encounter. I like thinking of my pictures as testimonies of the encounters and I count on them to convey a particle of the experience I took part in.”

Maciej Pisuk’s photographs will be exhibited at Fotografiska in August.