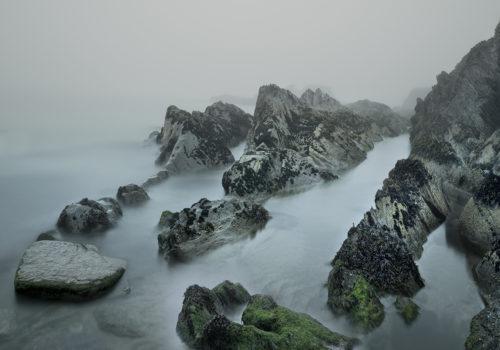 During the extraordinary year that was 2020, David Magee took time to reflect and revisit his archive, to recall and revive memories and journeys. As a result, he felt compelled to present this collection of work, that has until now, been unpublished. Some are images from his adventures in Japan, China, Sri Lanka, England and the USA. Others created more recently near his ¬home in the West of Ireland. However, it’s not the locations that are important, but the fact that these images represent his own personal journey, cherished memories and his relationship with our shared earth.

David Magee (b.1963) is an Irish Artist. He was born and raised in Cork, Ireland and studied Fine Art at Crawford Municipal School of Art, Cork. In 1982, he attended Glasgow School of Art & Design. He has been the recipient of numerous awards, including more recently, The Paris Photography Prize (PX3) – The Lucie Awards, New York, – Tokyo International Foto Awards.

He has exhibited globally and his works are held in both private and municipal collections. Having travelled extensively, it is the Irish landscape, particularly the Atlantic coastline, that has become the focus of his work in recent years. It is his home, the source of his subject matter and the inspiration for his work.

Magee lives and works between his homes in West Cork and London.

Since its first edition in 2014, StART art fair has become known for bringing the work of lesser-known artistic communities – those ‘starting’ to break into the global consciousness – to both established collectors and those ‘starting’ out on their collecting journey.