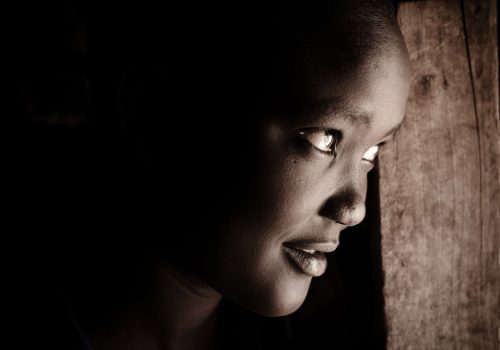 UNICEF estimates that 200 million women in more than 30 countries around the world have undergone female genital mutilation, which dramatically damages their psychological, physical and sexual integrity. This practice is internationally recognized as a serious violation of human rights.

The practice of female genital mutilation is also present in Europe. It is estimated that 500,000 women and girls residing on the European continent have undergone mutilation and that 150,000 are at risk of undergoing it. These alarming figures raise the need to set up prevention and support policies guaranteeing them access to health and justice services and to ensure the full application of existing legal instruments which prohibit this practice.

In this context and on the occasion of the International Day for Zero Tolerance to Female Genital Mutilation, the Espace des Femmes – Antoinette Fouque, ZONA and No Peace Without Justice presents the exhibition “UNCUT: The revolution of women against mutilation female sex ”. UNCUT is a photographic exhibition and a web documentary illustrating the courage of women who, in three African countries, Somaliland, Kenya and Ethiopia, and also in France, have come together to say no to this cruel practice violating the dignity of women. The exhibition, rewarded with various prizes and visible at Espace des Femmes until February 29, 2020, gives a collective voice to testimonies of suffering, but also to courageous battles for the emancipation and rights of women, in many successful cases.

This event is organized as part of the BEFORE project (Best practices to Empower women against Female genital mutilation, Operating for Rights and legal Efficacy), an initiative implemented by No Peace Without Justice (Italy / Belgium), La Palabre (Belgium) and the Reproductive Health Institute / Women Safe (France), and Differenza Donna (Italy), with the support of the European Union.

Project and texts by Emanuela Zuccalà