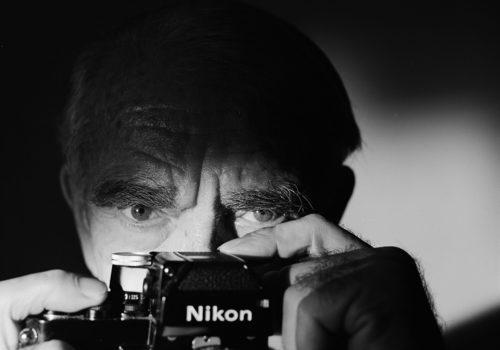 The Savannah College of Art and Design presents the exhibition Essence of the Times at SCAD FASH Museum of Fashion + Film. The exhibition highlights the illustrious career of Horst P. Horst, one of the most influential photographers of the 20th century, presenting more than 80 significant works spanning seven decades, including vintage and never-before-seen prints of Horst’s revered fashion editorials, brand photography, and portraiture.

Curated by Rafael Gomes, creative director of SCAD FASH museums, in collaboration with the Horst Estate and esteemed art collector and enthusiast Gert Elfering and Juan Carlos Arcila-Duque, curator of The Art and Design Project Gallery, Miami, Essence of the Times is the most important survey of Horst’s work in the U.S. to date. Featuring mesmerizing images charting the breadth of Horst’s career — from his early dreamy, surrealist still lifes for Vogue in the 1930s to his suggestive palladium prints from the 1980s and era-defining portraits of the early 1990s — the exhibition showcases his expert eye in capturing icons of fashion, film, and high society including Carmen Dell’Orrifice, Diana Vreeland, Elsa Schiaparelli, Diane von Furstenberg, Elsa Peretti, Vivien Leigh, Marlene Dietrich, Salvador Dalí, Gloria Vanderbilt, Iman, Patrick Kelly, Yves Saint Laurent, and Halston, among others.

Born Paul Albert Bohrmann, Horst (German-American, 1906–1999) is celebrated for striking, unforgettable images with unique compositions that assimilate tenets of surrealism and classicism. With his first Vogue cover in 1935, he redefined the possibilities of fashion photography, inspiring a shift from hand-drawn illustrations to the full embrace of film by fashion magazines. Throughout his career, Horst was sought after for his meticulous attention to detail and highly stylized aesthetic, with dramatic lighting and theatrical poses.

Horst originally studied furniture making and carpentry under the tutelage of Walter Gropius, founder of the Bauhaus School, before moving to Paris to apprentice for the renowned architect Le Corbusier. In Paris, he met George Hoyningen-Huene, the star photographer at French Vogue. Hoyningen-Huene became Horst’s mentor, inviting him into the elite creative circle of 1930s Paris. When Hoyningen-Huene left Vogue in 1935, Horst took over the role of photographer-in-chief, ultimately creating hundreds of vibrant images for the publication across his 30-year tenure. During this period, Horst expertly transitioned from black-and-white photography to new color processes and was admired and supported by important members of the fashion world such as legendary Vogue editor Diana Vreeland. In the 1960s, encouraged by Vreeland, Horst began a series of photos illustrating the lifestyles of international high society figures including Consuelo Vanderbilt, Jacqueline Kennedy Onassis, the Duchess of Windsor, Gloria Guinness, Baroness Pauline de Rothschild, and others. Equally embraced by the art world, Horst began exhibiting in major galleries in 1932. His work has been the subject of numerous museum exhibitions, including retrospectives at the National Portrait Gallery and the V&A in London and the International Center of Photography in New York, as well as featured in elegant monographs and other significant volumes. In 1989, Horst received the Lifetime Achievement Award from the Council of Fashion Designers of America, and, in 1996, he received the Master of Photography Award from the International Center for Photography.