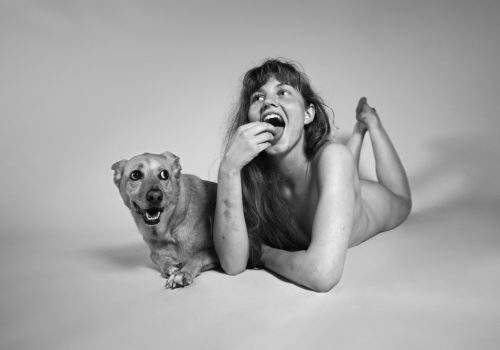 “I like that period of life (youth) when there’s lots of confusion and opportunity and angst. I like when you can feel that kind of energy in the photographs.”

Parsons graduate, New York based photographer Ryan McGinley (b. 1977), is the youngest artist ever to have a solo show at The Whitney Museum of American Art in New York with The Kids Are Alright (2003). That same year he was awarded “Photographer of the Year” by American Photo Magazine. He has since had exhibitions world-wide including P.S. 1, New York (2004); Museo de Arte Contemporáneo de Castilla y León in León (2005); Kunsthalle Vienna, Vienna (2006); and FOAM Fotografiemuseum, Amsterdam (2007). Also in 2007, the International Center of Photography awarded McGinley the prestigious “Young Photographer” ICP Infinity Award, followed by solo exhibitions in London (2009) and New York (2010) galleries.

Ryan McGinleys’ most recent “Life Adjustment Center” appears as two collections; one of black and white studio shots; the other outdoor color ‘road trip’ images. This series seems to express the magnificent power and beauty of youth. Both are a mysterious blend of Nature and Wild. The black and white images include portraits of animals with humans, a quirky mix of beauties, entertaining us with their expressive similarities, while the color images are full of energy and the expressions of freedom. They look very natural, appearing to be shot without technical manipulation, however the implausible situations must have required a lot of preparation. (sounds like a verse from the Fugs) McGinley told an interviewer, “I want the viewer to be reminded of a place they’ve been, or of an experience that they’ve had themselves; then they can come to their own conclusions. But it takes a lot of work to make successful photographs that also look very free, easy and spontaneous.”

A monograph of his work, Ryan McGinley, will be published by Twin Palms in 2011
Elizabeth Avedon