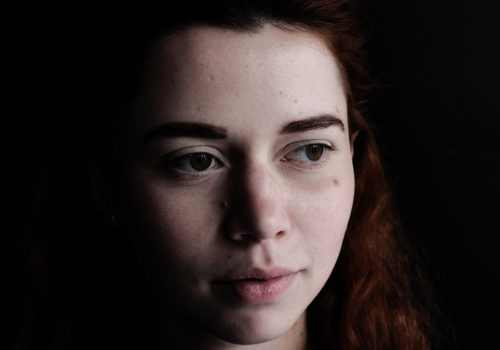 These photos, taken from my work still in progress, form as time passes a photographic corpus which keeps on being enriched and expanded. It isn’t a series as such as no final deadline has been set for it. Each new picture brings one more piece to the jigsaw puzzle and changes the face of this never- ending construction. These photos were taken while wandering in different places however they are mainly street- scenes not to say all of them. For me the way I work is very much like that of a street photographer ( instantaneous shots are not part of my work though) besides I only work by daylight. Patterns, forms or recurring obsessions are part and parcel of my work. Traces and Marks first and foremost. That of blood running from a knee, of paint making its way on piled up posters glued at the back of a billboard, of ink on tattooed skins. Then Matter, whether organic or not ,but often as it is transforming or on its way to decaying, frozen, crumpled, entangled, slashed, gutted out or crushed. And light which gives new relief to the apparent darkness of each of its elements so as to enhance their different shades. Thanks to closed- in, focused framing, what has been selected to be photographed is singled out and isolated from it/ his/ her immediate surroundings, which deeply involves the viewer. Each photograph is a world per se. The juxtaposition of these different worlds contributes to creating a whole which goes beyond their own limits and are more pieces to be added to the rest. Transfiguration implies for me a change of status – worming out one’s way under the surface of common everyday things is a way to expose their hidden beauty. The use of dark monochromes as background as well as chiaroscuro gives unusual relief to the anonymous face of a passer- by just before the shot is taken. Photography makes this change of state easier as it enables the photographer to single out, to isolate and to transform the real. It gives these images the opportunity at last of being confronted in a newly set order whose different shades of dark let filter, hopefully, uncanny forceful light.