Revival: Spectacle and transcendence in contemporary art by women 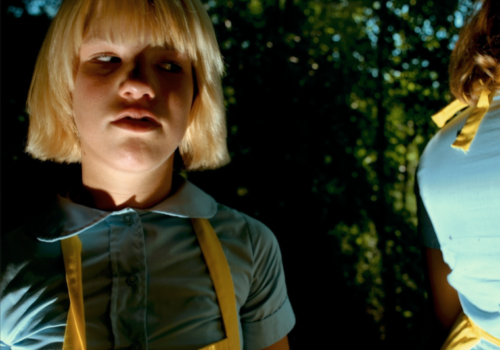 REVIVAL, an exhibition of contemporary sculpture, photography and video by women artists, is currently on view at the National Museum of Women in the Arts in Washington DC. Exploring how arresting aesthetics and intense subject matter can spur the viewer into a transcendent encounter with a work of art, the exhibition focuses on 16 artists, including Louise Bourgeois, Sonya Clark, Petah Coyne, Lalla Essaydi, Maria Marshall, Alison Saar, Beverly Semmes, Joana Vasconcelos and Bettina von Zwehl. REVIVAL launches the exhibition schedule celebrating the museum’s 30th-anniversary year.

The show examines the spectacle and visual enchantment that underlies much contemporary art. Rousing the spirit rather than simply tantalizing the eye, the artists in this exhibition harness scale, technique and effect in photography and sculpture to reanimate deep-rooted emotions related to the human experience. Their imagery purposefully elicits a ripple of exhilaration or tenderness, a shudder of dread or a wave of anxiety.

“REVIVAL is a perfect exhibition as the museum celebrates its first 30 years, and imagines and plans for its next 30,” said NMWA Director Susan Fisher Sterling. “Inspired by the museum’s institution-wide focus on contemporary women artists as catalysts for change, this exhibition illuminates how women working in sculpture, photography and video regenerate their mediums to profound expressive effect.”

“We are focusing on how women artists use spectacle to get to the crux of real issues relating to the human condition,” said NMWA Chief Curator Kathryn Wat. “These artists are working in innovative ways to evoke emotion and to testify to the power of both fear and love.”

Women were lesser-known pioneers in the fields of photography and video, and the radically new methods and forms created by postwar women sculptors are just beginning to be studied collectively. The exhibition’s title plays on this drive to reveal women artists’ achievements as well as the stimulating function of the works themselves. The spiritual connotations of the word “revival” are also intended, as artists strive to decipher the meaning of this world through imagery that often links life and death.

Artists in REVIVAL favor figurative imagery, yet the impact of their work extends from a profound connection to the unconscious. Each artist ferrets out the unspoken and unseen through evocative body-centered subjects. They mine the suggestive power of the fragmented human body, sculpt peculiar creatures and depict wayward children.

The exhibition surveys three areas of subject matter that have fully immersed the artists. The first section addresses the female body, which is often distorted or inverted. Suspended figures by Alison Saar, photographs by Lalla Essaydi and sculptures by Sonia Gomes accentuate the body’s ability to convey the power and vulnerabilities surrounding ethnic and gender identity. Sonya Clark’s sculptures made from a single part of the body—strands of hair—speak to the impact of history on the perception of race.

The second section focuses on animals or other creatures, including a signature bronze spider by Louise Bourgeois. A surreal hybrid animal with her nursing offspring by Patricia Piccinini addresses concepts of modern science such as genetic engineering. Joana Vasconcelos’s crochet-encased animal statuettes powerfully evoke the persistence and concentration required to create them. Her work also confronts feminist concerns and societal conventions, paralleled by her use of techniques typically categorized as craft and associated with women, such as crochet and sewing.

The third section explores images of the child. Unnervingly large photographs of toddlers by Bettina von Zwehl and mysterious images of scuffling preadolescents by Anna Gaskell tear at the tenuous hold we have on both the physical and psychic self.

This exhibition demonstrates how artists engage space and scale to generate emotional intensity. A video projection by Maria Marshall, a sculpture hanging from the ceiling by Petah Coyne and an installation of colossal dresses by Beverly Semmes create immersive, mesmeric environments. Smaller, meticulously wrought works also draw the viewer in and deliver strong sensorial and expressive effect.