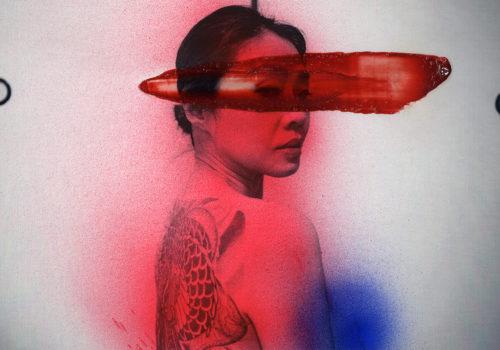 The international festival Fotografia Europea 2022, which has truly filled the city of Reggio Emilia with photographic exhibitions and events, is inspired by a quote by Albert Camus, so its 17th edition is entitled “An Invincible Summer”.

“Our interpretation of the Camus’ quote: ‘In the depths of winter, I finally learned that there lay within me an invincible summer *,’ relates to the courage to resist, to persist, to see with new eyes, and, crucially, to face oneself – as these themes have been imagined and understood by various photographers and artists working on the contemporary moment”. That’s the theme of Fotografia Europea 2022, as stated by curator Tim Clark.

The festival, as a focal collection center of contemporary imagery, becomes a means to interpret the complexity of visual communication in our world. Indeed, curator Walter Guadagnini says: “Photography is an extraordinary language through which to recount both public and private stories, and we have sought images in which these aspects are presented simultaneously, providing the broadest possible vision of the most recent manifestations of international photography. From fake news to endless wars, women’s issues and decolonisation processes: these are just some of the themes that have inspired the research presented by the ten artists featured at the Chiostri di San Pietro, counterbalanced by the major retrospective on Mary Ellen Mark, an outright protagonist of world photography post-WWII.”

Alongside the exhibition Mary Ellen Mark: The Lives of Women (curated by Anne Morin), the venue of the Chiostri di San Pietro hosts the ones by Nicola Lo Calzo, with his project Binidittu, dealing with the condition of migrants through the figure of Saint Benedict the Moor, the first black saint in modern history, and by Hoda Afshar, who tries to form a visible record of the invisible in Speak the Wind, while looking into the traditions and beliefs of Iranian people. Seiichi Furuya recounts his first and last trips with his then-wife Christine Gössler in First trip to Bologna 1978 /Last trip to Venice 1985. Through The Book of Veles, Jonas Bendiksen proves visual disinformation can be deceiving even for media professionals, while Alexis Cordesse in Talashi illustrates the Syrian civil war through the personal pictures taken by the exiles, while Ken Grant presents his project Benny Profane. And if Guanyu Xu in Temporarily Censored Home transforms the conservative domestic space of his childhood into a scene of queer reclamation, Chloé Jafé in I give you my life tells the story of the Yakuza (the Japanese mafia) women.

The venues of Palazzo da Mosto Doorway, by Jitka Hanzlová, are on. It’s a new Fotografia Europea production, entrusted to the photographer, focusing on the resilience of adolescents, in a transitional moment. And the projects by the winners of this edition’s Open Call (Simona Ghizzoni, Gloria Oyarzabal and Maxime Riché) are on display at the Galleria Santa Maria.

The exhibitions proposed by other partner cultural institutions of the city are quite interesting, like the one dedicated to Luigi Ghirri at the Palazzo dei Musei or the project Giovane Fotografia Italiana organized by the Comune of Reggio Emilia dedicated to visual artists under 35. This edition novelty is the establishment of the Luigi Ghirri Prize, in collaboration with the Luigi Ghirri Heirs Archive. Other proposals are on show at the Biblioteca Panizzi (Vasco Ascolini: un’autobiografia per immagini curated by Massimo Mussini) and at the Collezione Maramotti (Carlo Valsecchi. La Visita / Triptych). Alongside In Her Rooms by Maria Clara Macrì at the Spazio Gerra and the project entrusted to Arianna Arcara, entrusted by Fondazione I Teatri, Reggio Parma Festival and in collaboration with Collezione Maramotti and Max Mara, there is also the Circuito OFF, the independent event, with countless series of photo exhibition in a variety of locations.

In a word: in Reggio Emilia, you can get lost in an infinite, rare and pleasant combination of imagery.