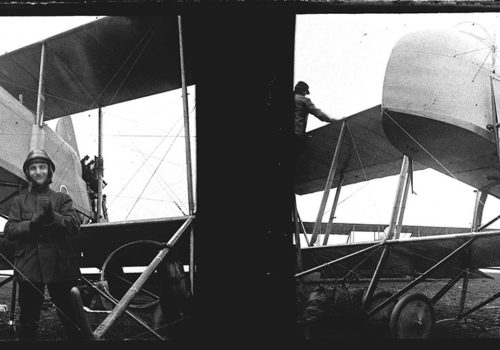 Louis Teyssedou, history professor in Amiens, presents an exhibition and a book on the photographs taken by Raoul Berthelé, a French officer during the Great War. A few words on the Berthelé archives by Louis Teyssedou.

I worked last year with two of my classes on a project related to heritage. We have written a book on the Cosserat factory. A factory classified as a Historical Monument left abandoned.
I was looking for photographs of people at work in this factory. Industrial secrecy reigned there. So photos are rare.
While looking for photographs, I came across, via the Internet, a photograph of a Cosserat worker dated 1915.
It was photography that hid the forest. A forest of archives.
The picture was taken by Raoul Berthelé, an ambulance administration officer.
This soldier (a chemist by profession) took 3000 photos during the First World War.
Which are all captioned… And that’s where the scientific/cultural added value lies.
Berthelé died of the Spanish flu at the end of 1918. His little sister kept the photographs (which are stereoscopic plates) and entrusted them to the Municipal Archives of Toulouse in 1978.
Mr. Gastou, archivist from Toulouse, manages the collection.
There are 3000 glass plates and 10 notebooks with contact sheets and legends.
I immersed myself in these archives.

I made a book of it.
The book was released on February 17 by Éditions de l’Atelier.
I made an exhibition of it for my students (they are in Bac Pro Animation).
It was held last week (at least the opening). It received the presence of 4 members of the Berthelé family and three members of the Descoings family (Descoings was an aviator and friend of Berthelé).
It was sensational for the students.
The exhibition will travel with the students.
It contains 20 prints and 7 anaglyphs made with the help of the French Club of stereo images . We printed them on 1mx1m canvas.
The students did cultural mediation work and showed primary school children the exhibition.