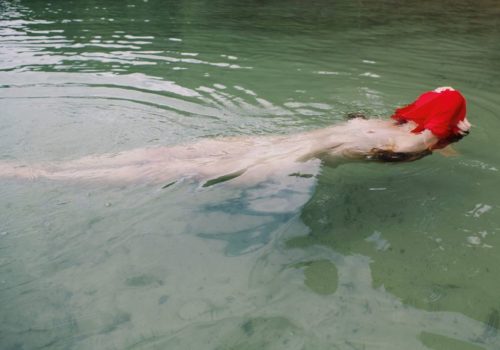 Desire, by definition, does not have a precise form and exceeds boundaries. It’s a many-faceted concept embracing many elements, but it always projects oneself into the future. The Desire is also the theme of the Ragusa Foto Festival 20 . 21 (9th edition). And the Festival, in turn, is an original chance to experience a unique place in Sicily, as the impressive baroque city of Ragusa Ibla, a UNESCO World Heritage Site.

Since its very beginning, the Festival has been conceived as a kind of melting pot whose focal point is creative discussion dealing with the different languages of visual arts and where young photographers can meet professionals from different disciplines, developing and implementing their own projects.

Despite the pandemic-related problems, thanks to Stefania Paxhia determination, director and founder of the Festival, and to the artistic director Steve Bisson, and to many national and international cultural partners, the festival opened and is still on.

The Ragusa Foto Festival supports young authors and emphasizes the Sicilian territory as well as on the Mediterranean area crucial issues, as the dialogue between different cultures in the ‘Sea between lands’ is a main and an essential feature.

In this perspective, more than 20 projects have been selected after an international open call in collaboration with the Urbanautica Institute. So exhibitions by the following authors are on display in the ancient palaces La Rocca and Cosentini, in the Auditorium San Vincenzo Ferreri and the Giardino Ibleo: Frijke Coumans Gardeners of Desire, Aurore Del Mas Don’t love me I’m your toy, Alba Zari The Y, Jonna Bruinsma Dragone, Yaakov Israel The Black Horseman, Alexis Vasilikos A Lover’s Sequence, Giacomo Alberico After The Gold Rush, Jenia Fridlyand The leaves will fall from the sky, Francesco Levy Azimuths of Celestial Bodies, Federico Arcangeli Pleasure Island, João Henriques School Affairs, Giovanni Presutti Give me liberty or give me death, Simon Van Geel Megalomania Delusions of Grandeur. On stage, also Estancia Rio Mitre by Alessandro Scattolini, winner of the Miglior Portfolio Award 2019, and, second and third prize, La Settimana Santa in Sicilia by Daniele Vita and Vere finzioni: Supereroi by Francesco di Robilant and Anna La Rosa.

Stefania Paxhia, a journalist but not a photographer, as she states while we are talking about the Festival, is also a researcher in the social-economics sphere, because, she explains “Italy as a whole is made up of many little Italies, each of them so different from the others and so reach in history, monuments, culture, nature and beauty”.

She met photography thanks to the well-known photographer Mario Dondero. “Indeed, it happened when Mario told me he was shooting because he loved to meet and to know people and that he was doing it in Sicily because of the very beauty of the land”, Paxhia says, adding “On the occasion of the Ragusa Foto Festival 1st edition, I decided to invite all the Sicilian photographers I’ve known. Suddenly I realized they were all well-known names”.

As for the 9th edition of the Festival, she highlights some key points, such as the female-driven project, in partnership with Fondazione Con Il Sud, narrating local paths of social innovation. Maria Vittoria Trovato and Martina Della Valle – two professionals and two different visual languages, documentary and conceptual – who based their researches “on a visibility testifying reality and emotions of places and people (who represent a necessary workforce for the Hyblean agricultural sector) living with their families in the Sicilian Facilities of Caritas Italiana”.

“Another focal point is the open call by Ragusa Foto Festival, in partnership with the Academy of Fine Arts of Catania, that was addressed to all the Italian tertiary-level institutions, in order to promote the work of students of photography, whose selected projects are displayed within the Festival”, Stefania Paxhia explains. This is also meant to enhance the Italian partnership with Blurring the Lines, the international talent scouting program that involves universities, in collaboration with Urbanautica Institute, Fotodok and the European Cultural Center. The contest Young Photographers from Italian Academies, has the patronage of the Sisf, the Società Italiana per lo Studio della Fotografia

The Ragusa Foto Festival is producedby the Associazione Antiruggine under the patronage of the Ministero dei Beni Culturali and with the collaboration of many institutions.