Photographer Stanley Kubrick, the world through a different lens 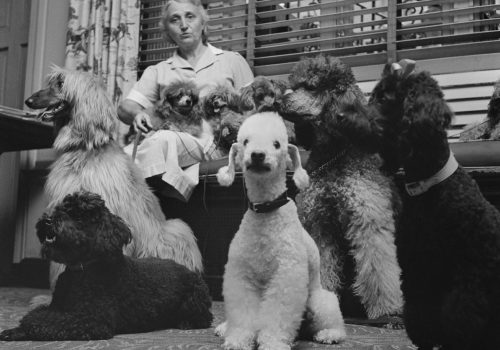 It is pointless to introduce cinematographer Stanley Kubrick, whose long career, punctuated by thirteen feature-length films, made cinematic history. His beginnings as a photographer at the end of the 1940s, on the other hand, are lesser-known, and the Museum of the City of New York is offering an exhibition of photographs dedicated to these few years when the young Kubrick worked for the press.

Born in Manhattan in 1928 into a Jewish family originating from Central Europe, he spent his youth in the Bronx. A poor student, he little-frequented school and dreamed of becoming a jazz drummer. He devoted himself to photography and was hired as a photographer by the magazine Look. Created a little after Life, the magazine was published twice a month and allowed itself more flexibility, distancing itself from current events with short reports illustrated by photographs. Stanley Kubrick worked there as an independent photographer from 1945 to 1950 when he was only 17 to 21 years old. The exhibition concentrates on these four years.

The presented photographs form a distinct, chronologically classed series. The exhibition ends with the evocation of his first films, notably Day of the Fight, which came out in 1951 and was inspired by his series on the boxer Walter Cartier. All these photographs illustrated daily New York life with themes and titles as amusing as they are charming: Dentist’s Office : Americans Are Dutiful but Nervous Patients, Life and Love on the New York Subway, While Mama Shops : Kids Are Bored, Get into Mischief While Mom’s Away, A Dog’s Life in the Big City.

In this type of exhibition interested in the lesser-known career of a recognized artist, which is becoming more and more frequent, the temptation of a retrospective is inevitable. It is, however, difficult to find a specific style in photographer Kubrick whose inspiration is on the side of Weegee. The images are funny and remain captivating, and their linkage to the press articles to which they are dedicated allow one to envision a profusion and an adaptability from which it is hard to extract a constant. That is not the intent of the exhibition. It has the merit of forgetting who Stanley Kubrick is and is truly interested in the photographs themselves, placing them in their production context. The exhibition ends where, for our viewers, Stanley Kubrick began, and we appreciate the unadorned scenography just as much as we do the images foreshadowing – just as much as they are not foreshadowing – the career of the cinematographer to come.

Hugo Fortin is an author specialized in photography based in New York.