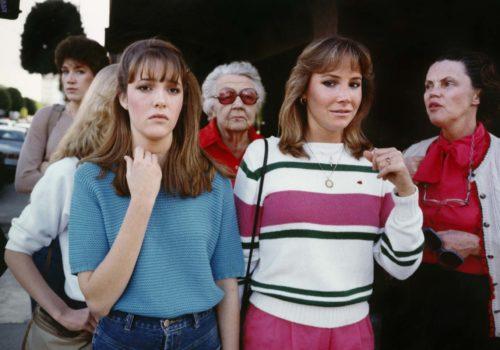 At a time when some festivals are cutting back on their programming, PHotoESPAÑA is doing something big and celebrating its 25 years of existence with 120 exhibitions featuring women, Spanish photography and documentary. Here is an overview.

Claude Bussac, who has been in charge of the festival since 2006, wanted to open this anniversary edition on a page of history, highlighting the great names in photography. At her invitation, curators Vicent Todolí and Sandra Guimarães traced the history of documentary photography since the 1930s, using the treasures of the Fundació Per Amor a l’Art collection. A didactic panorama to discover through the exhibitions of the Sculpting Realities cycle.

History is also written in the feminine, and PHotoESPAÑA pays tribute to the documentary work of photographers Kati Horna and Margaret Michaelis, unique witnesses of the Spanish Civil War, as well as to Germaine Krull, who delivered a rare chronicle of the often ruthless exil from Vichy France to America.

Tribute is also paid to the Italian photographer Paolo Gasparini, who for more than sixty years took the pulse of Latin America. The brilliant retrospective devoted to him at the MAPFRE Foundation, under the enlightened curatorship of María Willis, traces his work geographically rather than chronologically.

Public Photography: The Sixties, the beautiful exhibition designed by historian Horacio Fernández, proposes to highlight a major vector of diffusion of photography: publishing. Focusing on the turbulent period of the 1960s, he shows how, much more than the walls of an exhibition, books and magazines – but also vinyl sleeves – were essential media of expression for photography, whether documentary or artistic.

Located in the imposing Palacio de Cibeles, The Sixties is next to the exhibition Hybrids: Forging New Realities as Counter-Narrative, where the focus is on new paths of contemporary creation that go beyond the traditional limits of the medium, adopting a more artistic and multidisciplinary approach.

At Casa Árabe, the exhibition In Light or Shadow of What Was and Still Is, dedicated to contemporary Lebanese photography, presents the work of twelve photographers who evoke the recent history of Lebanon through their personal and collective experience. An experience marked by many traumas, among which the explosion of the port of Beirut, whose consequences Myriam Boulos evokes with poetry through her series Tell the trees to smile, but also by a cruel lack of freedom, particularly felt by the queer youth of Lebanon, whom Omar Gabriel chose to photograph in the security of privacy. The more conceptual approach of Betty Ketchedjian, who immortalizes piles of plates ready to fall from a table, expresses the feeling of powerlessness in the face of the uncertainties of fate.

PHotoESPAÑA also celebrates Spanish photography through several monographic exhibitions, dedicated to Francesc Català-Roca, Javier Campano, Juan Baraja, Aleix Plademunt, Ana Palacios, Estela de Castro, Ana Nance and Marta Sou. A program axis that has some nice surprises in store for us, such as the dreamlike double exhibitions by Alberto García-Alix based on works from the Prado and, above all, the splendid retrospective dedicated to the work of Carlos Pérez Siquier, whose work impresses with its great diversity. From the reportages in La Chanca, the abstract details of painted walls, the photographs of beachgoers a la Martin Parr – ten years before Martin Parr – to the more poetic images of his La Briseña series, Pérez Siquier moves from one register to another with brio, delivering a portfolio of astonishing richness.

Play, humor and fantasy for the twenty years of PhotoESPAÑA