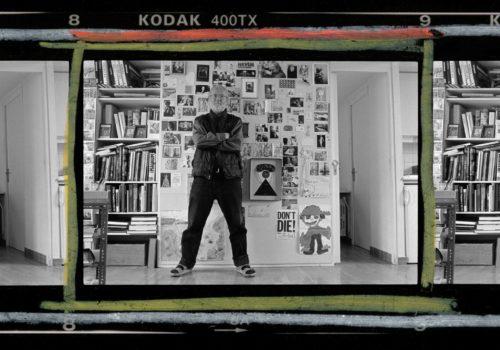 From November 5, 2022 to January 29, 2023 at the Photo Elysée Museum in Lausanne, a vast selection of prints from the archives of Czech photographer Josef Koudelka are exhibited. A look back at a retrospective that is as complete as it is instructive on the work of this eternal nomad and image storyteller.

Conceived by curator Lars Willumeit in close collaboration with Josef Koudelka and his foundation, this exhibition is dedicated to his photographic work from 1960 to 2012. In total, more than 30,000 35mm contact sheets have been examined, dissected, commented and studied. This is thanks to the meticulous work of Josef Koudelka who, from the very beginning of his activity, has understood the importance of archive and conservation of images in photography.

“Leaving a trace”, “keeping in memory”, these formulas go hand in hand with the very essence of the photographer’s profession, which nevertheless requires a method and the means to put them in place. Annotated with colors respecting a code established by the photographer, these prints are as much testimonies of the History that the photographer has crossed as an introspection on the very notion of exile, travel and perpetual movement.

Baptized “Ikonar” (image-maker) by the Roma communities he began photographing in the 1960s, Josef Koudelka is today recognized for his photographic work (he has been a member of the Magnum photos agency since 1971) but also for the vast bibliography that accompanies his various series.

Presented in three parts, the exhibition shows how much time the photographer has spent on the road, by choice and by obligation. First for the series on Roma communities, then in 1968 in Prague where he immortalized the Russian invasion under the pseudonym “P.P” (for “Prague photographer”) for fear of reprisals.

Exiled first in England, Josef Koudelka then travelled throughout Europe and the Middle East until the 1990s, when his series, accompanied by the book “Wall”, on the wall separating Israel from Palestine was noticed.

Without political discourse or social attachment, Josef Koudelka shows through his work to what extent archiving images, preserving them through books, is not so much a question of making it last as of keeping a trace of what disappears, evolves or changes.

The artist invites us to remember, and it is without nostalgia that he himself says he “collects his images”, just as he used to take pictures of every place where he slept.

An exhibition not to be missed in a brand new architectural setting, in the heart of Plateforme 10, the district that now houses the museums of Lausanne.