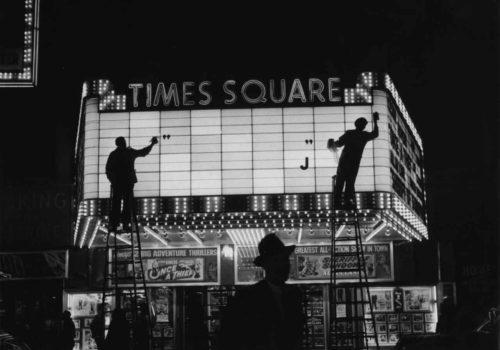 Sabine Weiss (July 23, 1924 – Dec. 28, 2021) is universally recognized as a member of France’s celebrated humanist school. In the first West Coast exhibition, Peter Fetterman Gallery shares the dynamic body of work of this incredible female artist who passed away in December 2021.

Sabine Weiss was born in Switzerland in 1924. In 1942, she wondered what to do with her life, and decided to pursue a career in what she loves: photography. Weiss’ mother showed her art galleries and Roman churches at a very young age, and her researcher-chemist father loved to see her print her photos with the resources available at the time. From 1942 until 1945 she was an apprentice at Boissonnas in Geneva, house of a dynasty of photographers that celebrated its 80th birthday.

In 1945, Sabine Weiss moved to a studio in Geneva, but in 1946 she decided to leave her childhood city to live in Paris. She knew there was no turning back. There she asked Willy Maywald to become his assistant., and in 1949, she met the American painter Hugh Weiss and realized right away that she would spend her life with him. Sabine Weiss began to truly master her craft and started her long career, experimenting fashion, photojournalism, advertising and everything in between.

During her free time she liked to immortalize the depths of man in all simplicity. Her photographs moved Edward Steichen when preparing his major exhibition “The Family of Man” and he decided to present three of her images. Her work has been featured in The New York Times, Newsweek, LIFE, Vogue, Elle, and took commissions from large institutions, most notably NATO. Although she contributed to many publications, Weiss’s street photography was never staged. “All the pictures I take are entirely instant,” she says. “What I like is to make an instant picture. Even if there are no people, I like the click, click, click. I never wait.”

In recent years, Sabine Weiss dedicated her time to exhibitions that showcased the humanist side of her work, believing it was the most important aspect of her oeuvre. Weiss was the last living member of Photography’s French humanist movement, she passed away in December 2021, at the age of 97 at her residence in Paris

Exhibition catalogue is available for purchase at the gallery. ($45.00)