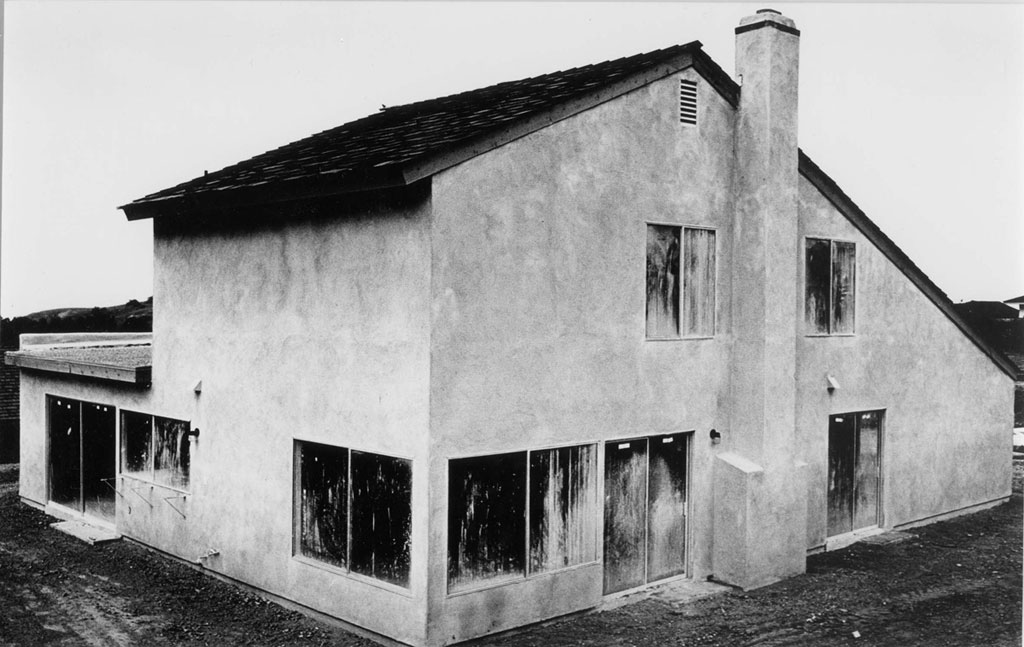 Introduction
Gallery Luisotti is owned and directed by Theresa Luisotti, who has developed a program of exhibitions and fostered a group of artists that continually question and redefine the contemporary landscape in photography. Often with an edge of conceptualism, our artists are distinct in their approach to photographing the landscape as it is shaped by man’s interaction with and intervention in it. The core of the program centers upon the aesthetic discourse that was most famously articulated during the exhibition “New Topographics: Photographs of a Man-Altered Landscape” at the George Eastman House in 1975. Rejecting the dogmatic tenants of photography established by Ansel Adams and the like, the New Topographics reexamined man’s relationship to the landscape and for the first time integrated manmade structures and other evidence of man’s presence into the photographic landscape. We are fortunate enough to represent two of the artists that were included in the exhibition, Lewis Baltz and Frank Gohlke. Baltz’s groundbreaking portfolios, such as The Tract Houses (1971) and The New Industrial Parks near Irvine, California (1974), brought the aesthetic development of Minimalism and the current ideas being developed by Conceptualism to photography as he examined the banality of structures in and around Los Angeles. Gohlke’s early landscapes, particularly his images from the series The Grain Elevators, questioned the increasing difficulty of differentiating between nature and society as man’s presence in the landscape became progressively more evident. We have also had the pleasure of exhibiting the work of other fellow artists in the exhibition such as Robert Adams and Stephen Shore.

Taking the New Topographics as a point of origin, the gallery has proliferated the exhibition’s central concerns by exhibiting artists whose own work is rooted in investigating the “man-altered landscape.” Nowhere is this more evident than in the American West, a region that became emblematic of rapid urban development in post-World War II America. The artists working in the region took interest in the conflicting elements that composed the landscape they found. Like Baltz, Catherine Wagner’s early photographs from the 1970s document the redundant forms and materials that accompanied the construction occurring in developing areas surrounding San Francisco. Her photographs subtly undermine the notion of progress by depicting the sites prior to completion, exposing the raw, and often grotesque, foundation at the heart of those projects. Countering this depiction of the West, artists such John Divola photographed a landscape already on the verge of collapse, resembling a post-apocalyptic world more than a developing metropolis, in his series such as Los Angeles International Airport Noise Abatement Zone (1975-76) and Zuma (1977-78).

It is the gallery’s intent to continually investigate these varying perspectives and produce a discourse which links contemporary artists confronting similar issues of the landscape with the photographic foundation laid down by the artists of the New Topographics. Artists such as Mark Ruwedel and Christina Fernandez continue the tradition of investigating man’s role in altering the landscape of the West, both on the fringes of Los Angeles’ furthermost reaches and within the city itself, while Ron Jude and Terry Evans’ photographs serve as evidence that this extirpation of the landscape is not an isolated occurrence. Similarly, the gallery represents German photographers who have produced work that critically examines the evidence left by the multitude of industrial and commercial enterprises marking the European landscape. These artists, including Frank Breuer and Joachim Brohm, photograph their subjects systematically and with an emotional distance similar to Lewis Baltz, integrating monuments of industry (Breuer’s Signs) and construction projects with no evidence of progress (Brohm’s Areal) into a landscape eerily devoid of people.