Paris : Alexey Titarenko, The City is a Novel 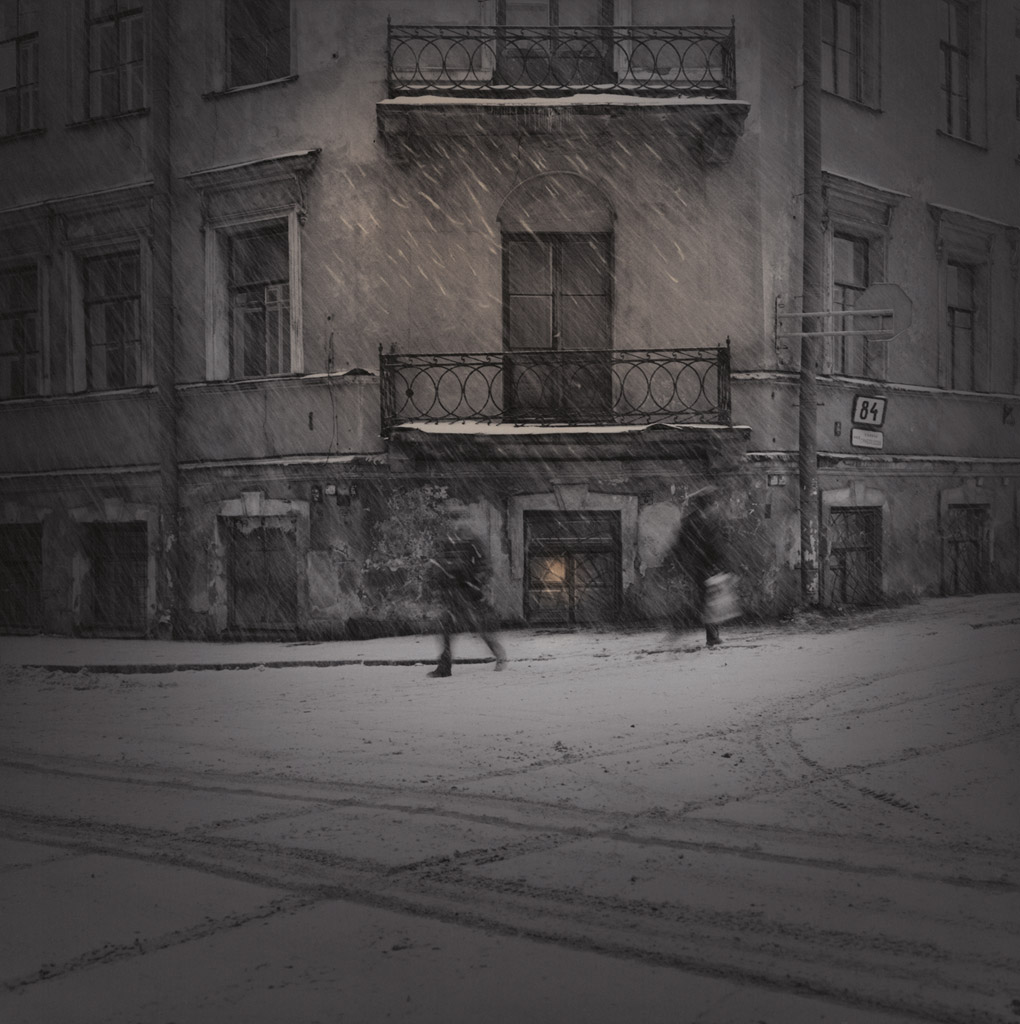 Photography is neither pure reality nor absolute fiction. The story plays out between these two extremes. If photography is traditionally associated with the representation of the real, certain artists often turn away from that path, allowing what is false to pass as the truth and vice versa.

Titarenko’s intention is not to mislead the viewer with images, but to go beyond — far beyond — objective vision. In other words, each image introduces part of Titarenko’s personal adventure and weaves connections with real life. Something like a screen, a filter, is interposed between the subject of the image and the viewer — whether the photograph is of Saint Petersburg, Venice, Havana, or even New York — something that corresponds to the artist’s presence, coupled with a particular manner of conceiving photographic form: a style that sets its mark on the ensemble of the work. Isn’t this what style is — the combined expression of human experience and form?

Obviously, objective links exist between the four cities included in this book: the marked presence of water, for example. These are also cities that were, in the past, economically and culturally open to the world: Saint Petersburg turned to northern Europe, Venice to the Orient, Havana to nearby America, and New York to the entire European continent. These are cities steeped in history; some have not ceased to renew themselves, while others seem frozen in time and now look like aging women in their sleep, worn out by the wounds of history. Whatever the destiny of these places and sites, their majesty and architecture endure as much as the human and artistic heritage they shelter.

This cultural and visual majesty is evident in Titarenko’s work, but it is not the essence of his art. Instead, it is the creation of a certain atmosphere, the outline of a story, or the evocation of a tragedy. The city is a stage — the setting of a novel of the past or the future. Each image is a lasting moment, the traces of movements imprinted in space over the course of a long exposure.

Titarenko’s photography does not reduce itself to the mere capturing of an instant. While printing in the darkroom, he combines different sources of light and selectively tones his prints to achieve subtle nuances of color. Also important to note that the work done in the lab  is never twice the same : each print is as unique as the shot.

If a city is the privileged territory of a novel, even with a relatively autobiographical dimension, the city can also be an inspiration for artistic expression. Alexey Titarenko has combined the two approaches