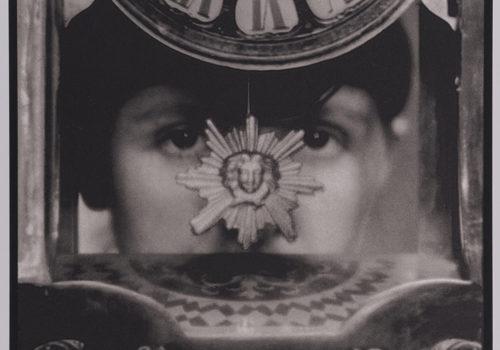 On the occasion of the 150th anniversary of his birth, the Palais des Beaux Arts in Lille is taking a step towards the rehabilitation of Lille photographer Pierre Dubreuil. Composed of around a hundred prints, the exhibition Pierre Dubreuil, Tableaux Photographiques reveals the striking shots of this little-known, even unknown photographer, whose work was nevertheless intended to mark the history of photographic modernity.

During a career ranging from pictorialism to Straight Photography, Pierre Dubreuil (1872-1944) produced images with original compositions, which earned him international fame during his lifetime. His works are presented at the Photo-Club of Paris as well as at the great International Exhibition of Pictorialist Photography in Buffalo in the United States. The Royal Photographic Society of London devoted a monographic exhibition to him. He was a member of the prestigious Linked Ring Brotherhood before becoming president of the Belgian Association of Photography and Cinematography.

Despite these accomplishments, his archives having been destroyed during the bombings of the Second World War, he would have fallen into inevitable oblivion had it not been for the passionate work of Tom Jacobson, who enabled his rediscovery. We owe this American photographer and collector the only exhibition devoted to Pierre Dubreuil, in 1987 at the Center Pompidou. In 2019, Tom Jacobson made an exceptional donation of 92 prints to the Palais des Beaux Arts in Lille, the museum now has the main collection of works by Dubreuil in France.

These modern palladium prints, Jacobson was able to make them from the photographer’s slides recovered from the Belgian Association of Photography and Cinematography. Exhibited alongside the rare surviving originals, they allow us today to discover the richness of Pierre Dubreuil’s work, revealed over the course of a chronological journey.

As a man of the world, Dubreuil began his career in the context of amateur clubs, then turned towards pictorialism, a movement that claimed the artistic potential of photography. The photographer experiments with all kinds of techniques, such as gum bichromate or platinotype, and created images full of references to painting. His first shots immerse us in an impressionist atmosphere, sometimes even symbolist, and send us back to Degas or to a Japanese aesthetic. Cultivated character and passionate about art, the photographer considered his images as “photographic paintings” that he apprehended in a very intellectual way. With Dubreuil “the idea conditions the creative practice”.

Based in Paris, he developed a personal and innovative approach to pictorialism very early on, particularly through composition, which he disrupted by systematically integrating an element in the foreground: an elephant, a chestnut leaf, balustrades… This choice disconcerted critics. but became his signature and indicated his already very modern conception of the medium. An assiduous reader of Camera Work, he sent his works to Alfred Stieglitz who chose half of them for the pictorialist exhibition in Buffalo in 1910.

The First World War brought about a long break in his activity until Dubreuil moved to Brussels in the mid-1920s. Visually, this Belgian stage marked a period of transition. The photographer, in tune with the artistic changes of his time, renewed himself with ease and gradually abandoned the stylistic effects of pictorialism. Through his taste for objects, and particularly masks, we observe him moving towards the aesthetics of Straight Photography which describes the world without frills.

In the 1930s, this turn towards the photographic avant-garde was obvious. Dubreuil was essentially interested in everyday objects as well as those of modernity. He photographed them in daring compositions, playing with shadows and light, preferring tight framing and looking for reflections. He also gave free rein to his interest in the looks he captured from different angles but also to his love for puns which flourished in his choice of titles: a shot of paper casseroles, for example, is playfully titled “ Le Boulevard”, in reference to the cocottes that we could meet in the streets.

It was during this period that his work circulated and that Dubreuil enjoyed a certain recognition internationally, in the United States and in Belgium in particular. A few years later, he nevertheless seemed to be experiencing difficulties since he decided to sell his workshop fund to the Belgian company Gevaert. A way also to ensure his posterity. As luck would have it, it was destroyed by German bombing. Dubreuil himself died in 1944, without having had time to act in the face of the disappearance of his work.

This beautiful exhibition at the Palais des Beaux Arts in Lille will certainly have made it possible to repair this unjust oversight. A singular photographer, who superbly crystallized the poetic potential of photography, Pierre Dubreuil was a pioneer and embodies the transition between pictorialism and avant-garde. His work still has much to reveal. Researchers do take note…