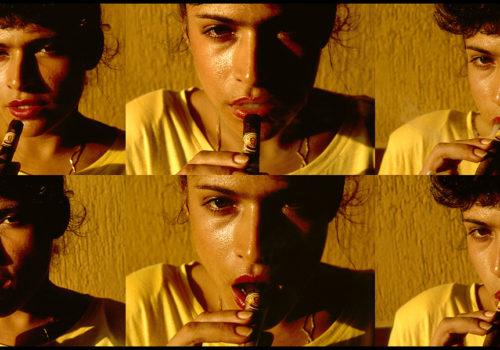 Paci contemporary gallery presents the first great Italian exhibition dedicated to the new entry of the gallery: the Brazilian photographer Miguel Rio Branco, that will take place on Friday 21st October at 6 pm in the prestigious headquarter of Brescia, via Borgo Pietro Wuhrer 53.

Miguel Rio Branco will participate at the opening night of “Masculin Feminin”, a great exhibition that will retrace the steps of his artistic career with a particular focus on masculine and feminine bodies. During the evening there will be also the signing of the catalogue of the exhibition, published by Silvana Editoriale, written by Rio Branco and Walter Guadagnini, the Director of CAMERA in Turin.

The monography’s foreword was written by Germano Celant, who made possibile the collaboration between Miguel Rio Branco and Paci contemporary gallery some years ago. Therefore, we would like to extend a heartfelt thank you to Celant’s wife, Paris Murray and to his son Argento for having carried out this project with our gallery.

Miguel Rio Branco’s photographic work is part of the most important international museum collections such as those of the Centre Pompidou in Paris, the MOMA in New York, the Peggy Guggenheim in Venice. His photographs have been displayed at the Biennale of Sao Paolo in Brazil and at the Aperture Foundation in New York. Moreover, the MOMA has recently extended its collection of Latin-American art buying the famous print “Blue Tango” and over 20 black and white historical works, that will be part of the exhibition.

Associate photographer of Magnum Photos for decades, Rio Branco is known all over the world for the quality of his color works. Fascinated by places of strong contrast, the power of tropical colors and light, he made Brazil and the places of his journeys his main source of inspiration. In the famous series of “Santa Rosa Boxing Academy”, dedicated to the portraits of the boxers who attended the gym of Santa Rosa in Rio de Janeiro the themes of the human body and of the portrait interweave with his interest in metropolis and poorer social classes.

The cinematographic cuts of his images and his installations aim to deconstruct reality; he doesn’t want to document but he has a poetic intent characterized by an atmosphere of tropical humidity in the use of colors. Miguel Rio Branco is known all over the world also for his photographic books, “Sudor Dulce Amargo” 1979, “Nakta” 1996, “Silent Book” 1998 and “Entre los Olhos o Deserto” 1999.

The exhibition will include about a hundred works and was developed in line with the great volume published by Taschen “Miguel Rio Branco. Maldicidade” focused on the entire production of Rio Branco that consists of more than four decades of activity in the most important cities of the world and a series of international exhibition, for example those at Instituto Moreira Salles in Sao Paolo in Brazil and at Le Bal in Paris.

The exhibition will be on display until the end of February 2023.