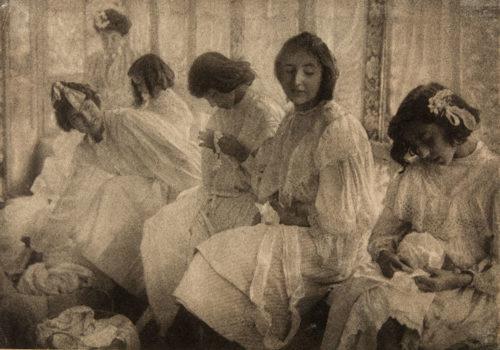 He was born 1886 in Guadalajara and died 1980 in Madrid: José Ortiz Echagüe was a man of many talents. In 1914, the engineer and balloon and aircraft pilot, took part in the first successful attempt to fly across the Straits of Gibraltar. He also founded two of Spain’s most successful large corporations, namely the C.A.S.A. aircraft factory in 1923 and in 1950 the automobile manufacturer SEAT. At the same time José Ortiz Echagüe created an intense photographic oeuvre which focused on documenting Spanish culture as well as the countryside and architecture there.

Not only did the engineer and entrepreneur José Ortiz Echagüe feel a strong urge to modernize the Spanish economy, as a photographer he felt an equal desire to capture the cultural traditions of his country, which were changing as a result of modernization. He focused his camera on the archaic world of barren landscapes, undeveloped villages, and unusual costumes that were in danger of disappearing, producing images that made him famous – not only in Spain. In 1929, he was offered an opportunity to exhibit his work in Berlin and that same year saw the publication of his book entitled »Spanische Köpfe. Bilder aus Kastilien, Aragonien und Andalusien«. Between 1933 and 1971 his volume »España. Tipos y Trajes« [Spain. Characters and Costumes] was reprinted no less than 11 times in Spain. He also structured his work in the following three books: »España. Pueblos y Paisajes« [Spanish Towns and Landscapes], 1939, »España Mística« [Mystic Spain], 1943, and »España. Castillos y Alcázares« [Castles and Fortresses in Spain], 1956.

Throughout his life José Ortiz Echagüe relied on a technically elaborate carbon printing process that he used to produce an original with each print. Although this was a method used by the pictorialists Ortiz Echagüe always denied any association with that particular photographic current. He described himself as a documentalist, and he exploited the creative possibilities of the process to the full. At the same time, he also exerted a painterly influence on the finished image through retouching and special effects in the photo lab. One of the hallmarks of his distinctive style was his adherence to technology used in the 19th century, another was his love of precision through accurate compositions, meticulously directed lighting, and his careful choice of subject matter. Ortiz Echagüe also won international recognition for his photographic compositions when in 1935 the magazine American Photography named him one of the three best photographers in the world. In 1960, no less an institution than the New York Metropolitan Museum of Art held a major exhibition in which 80 of his images were presented in juxtaposition with works by Goya. Ortiz Echagüe was one of the best photographers of his time. The University of Navarra has made it its mission to preserve his legacy.

The exhibition Photography notes from the past. José Ortiz de Echagüe (Spain 1886–1980) presents around 110 vintage prints that offer a detailed survey of his work. The show at the Opelvillen features a veritable highlight: the original carbon print marking the start of Ortiz Echagüe’s career as a photographer; in 1903 at the age of 16 he produced the image entitled The Village Sermon.

The focus of the presentation is on a larger body of photographs from 1910 to 1945 from various regions of Spain that the photographer visited to capture vanishing traditions and assign them to work groups.

All the works on loan come from the collection of the Museum of the University of Navarra that preserves and manages after his artistic legacy. Another partner of this exhibition is the Instituto Cervantes.