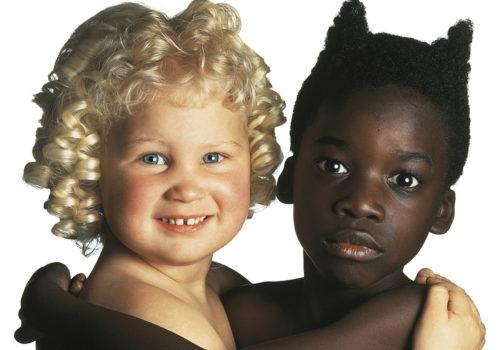 Oliviero Toscani, one of the most well-known photographers on an international level, was capable of breaking the mould and undermining certainties that appeared permanent in the last decades of the twentieth century. On the occasion of his 80th birthday, the Municipality of Milan celebrates the event at Palazzo Reale, hosting the exhibition Oliviero Toscani. Professione fotografo, that collects his works from the early 1960s to the present day.

The exhibition features 800 photographs by Toscani, including some of his iconic works as well as lesser-known works, thus telling about his career as a man with an ingenious and provocative perspective, who over decades has been influencing the habits of several generations.

His images can be recognized, even though they do not report any logo or signature, as he always used the advertising medium without showing the product, thus making his photography applicable to any brand’s communication. As a photographer and an artist, he knows how to communicate through the graphic sign: he feels the advertising channel as a means and never an end. Even the mass media (newspapers, magazines, and street posters) are part of his language.

Among the photos on stage, there are the iconic Jesus Jeans “Chi mi ama mi segua” poster, Bacio tra prete e suora (1992), Tre Cuori White/Black/Yellow from 1996, No-Anorexia (2007), fashion images (from Donna Jordan to Claudia Schiffer and Monica Bellucci), and those from the period of his training at Zurich’s Kunstgewerbeschule. There are also portraits of personalities like Mick Jagger, Lou Reed, Carmelo Bene, Federico Fellini, and leading figures in culture from the 1970s on. The exhibition is also an opportunity to look at a selection of the Human Race project, with which Oliviero Toscani visited hundreds of places around the world shooting anyone who so wished: the result is the largest existing photographic archive on humankind’s morphological and social differences, with more than 10.000 portraits.

The exhibition is staged without sections or chronological order, like a flow of images showing Toscani’s commitment to the world of fashion, reporting, advertising, culture, portraits, and experimentation, along with original copies of Colors Magazine, founded and led by Toscani, and some videos he directed.

With his photos, Toscani prompted the world to address issues such as racism, death penalty, AIDS, and war, anorexia. He started creating his disruptive images just during the rebellious years, the ones of the Beatles and the Rolling Stones, of Mary Quant’s miniskirts and the students’ protests. During the 70s, he moved to New York, where he frequented Andy Warhol’s Factory as well as the Club 54 and photographed the protagonists of the music and art scenes: Mick Jagger, Joe Cocker, Lou Reed, among others.

Many iconic corporate images and advertising campaigns for Esprit, Chanel, Robe di Kappa, Fiorucci, Prenatal, Jesus, Inter, Toyota, the Italian Ministries of Labour and Health, Artemide, Woolworth, just to quote some, were created by Toscani. A quite compelling case is the one concerning the years between 1982 and 2000.

In 1982 Toscani started signing the campaigns for Benetton, creating a series of iconic photographs. He also created the image, identity and communication strategy of United Colors of Benetton which soon became one of the world’s most well-known brands. In doing so, Toscani used advertising to address serious and urgent matters.

As a fashion photographer, he has worked and still works with magazines like Elle, GQ, Vogue, Harper’s Bazaar, Stern, Esquire, Liberation, and many others. He was also one of the founders of the Mendrisio Academy of Architecture and has taught visual communication in various universities.

The exhibition at the Palazzo Reale venue is promoted by Comune di Milano-Cultura, produced and organized by Palazzo Reale and Arthemisia, and curated by Nicolas Ballario.

Another opportunity to see works by Toscani is the exhibition Oliviero Toscani. 80 anni da situazionista, that’s on at Palazzo Albergati in Bologna. It’s presented by Arthemisia, with over one hundred shots.