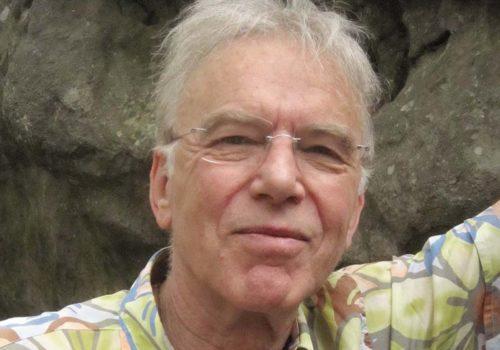 The Eye of Photography is pleased to announce a new chronicle dedicated to 20th century nude photo books. We entrusted it to Alain-René Hardy, expert in Art Deco, who over the years has become the holder of a very important collection of books, brochures and periodicals illustrated by nude photography, an international reference recognized today by the specialists.

As he explains to us, it was on a crush that he acquired the first volume of this set many years ago, La beauté de la femme by Daniel Masclet [Ill. 1], published in 1933, unconscious then that this purchase was about to engage him in a potentially obsessive quest.

The oldest works he keeps, the Albums d’études de Louis Igout [Ill. 2], date back to the end of the 19th century, the most recent having been published during the first years of the 21st century, such as Nudes by Thomas Ruff [Ill. 3]. Mainly comprising female nudes, this collection is not very open to homosexuality as well as to various fetishes (bondage, sado-masochism, transvestites, etc.) and also excludes pornographic excesses, present since 1970 and currently dominant in this type of editions; it is basically, as we have understood, a collection of aesthetic and art predilection. There are mainly volumes printed throughout the 20th century in the Western world, in France, Germany, England, Belgium, the Netherlands and the United States, without forgetting Czechoslovakia between the wars and Japan. after the war, and various countries such as Hungary, Poland or Italy which, at certain times in their history, were able to loosen the grip of the various censorships which weighed on them to give birth to such publications.

Alain-René Hardy will come back to you regularly, offering you occasional focuses on various subjects suggested by these old documents (many of which cannot be found today), and releasing the resulting knowledge to enrich the history of nude photography. , the history of photography in short. In particular, the following topics will be addressed during the next editions of this section (obviously illustrated with numerous reproductions drawn from the inexhaustible treasure of his collection) enumerated in a list, of course not exhaustive, and with intentional disorder, of which each article is illustrated today with the reproduction of the cover of an emblematic book on this subject:

So, whether you are a professional, a frenzied collector or a novice, amateur, passionate or simply curious, meet us on January 13th on The Eye of Photography for the first of these chronicles which will be devoted to the mythical Album du 1er Salon international du nu photographique, Paris, 1933.